I did not expect that the year 2013 was a year when my efforts and initiatives to help the less fortunate people especially the children will be recognized by people and various institutions. I barely had two years implementing the Kids on Project Photography to various parts of the country. I had the chance also to implement it abroad. This is a free photography lecture and workshop for the children in the orphanages and indigenous communities. It was implemented in the Aeta community of Bataan, Pag-amoma Children’s Place of Davao City, Tahanang Carmela d’Amore in Laoag City, Subic Bay Children’s Home in Olongapo City, SOS Children’s Village in Iloilo and Asrama Darul Falah Perkim in Kuala Lumpur. 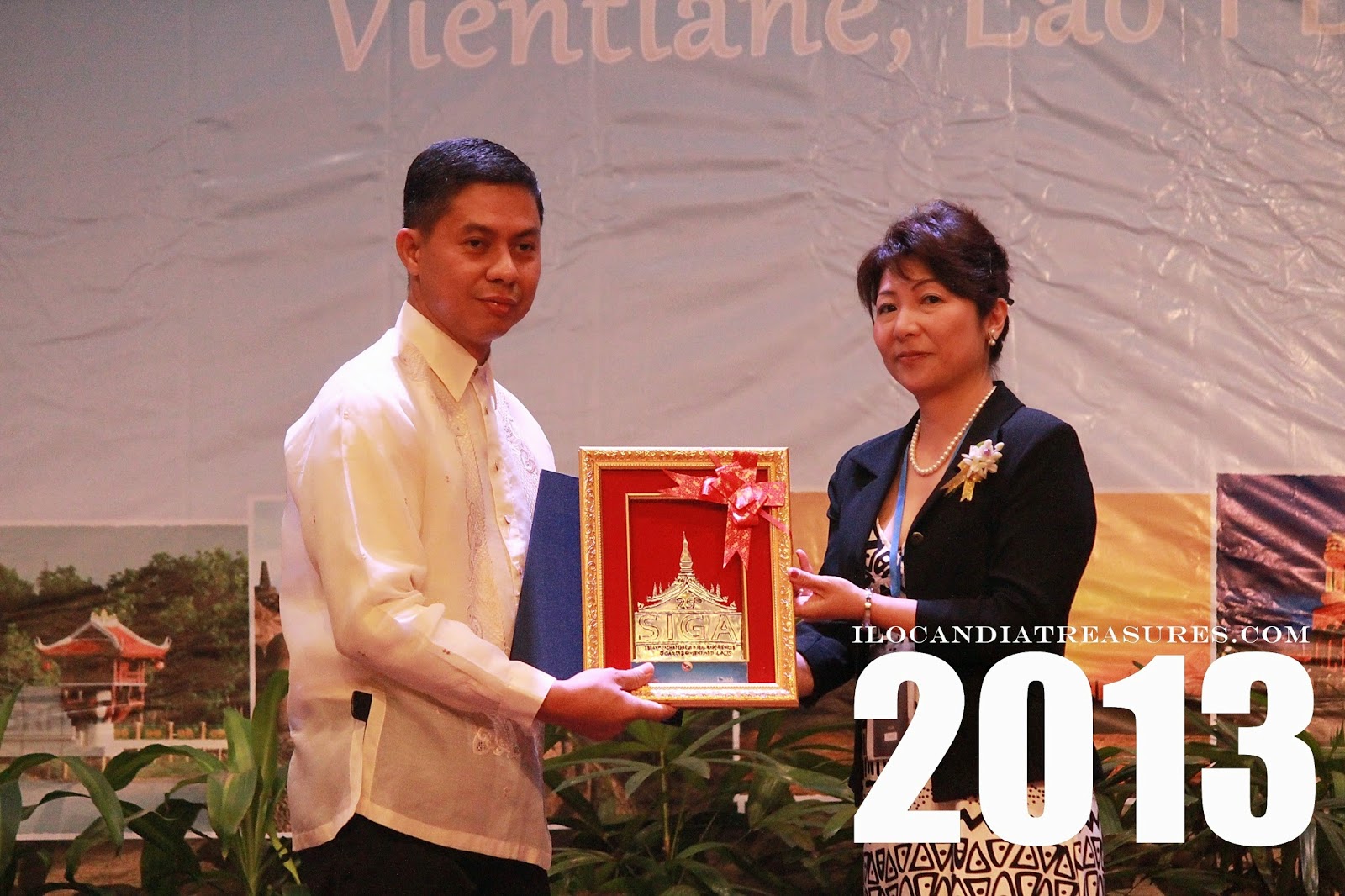 Later, I basically did a voluntary cultural work for the National Commission for Culture and the Arts (NCCA) when I was elected to become a member and eventually became an officer. I started working in the year 2011. I visited various cultural communities providing technical assistance and help facilitating their cultural projects. 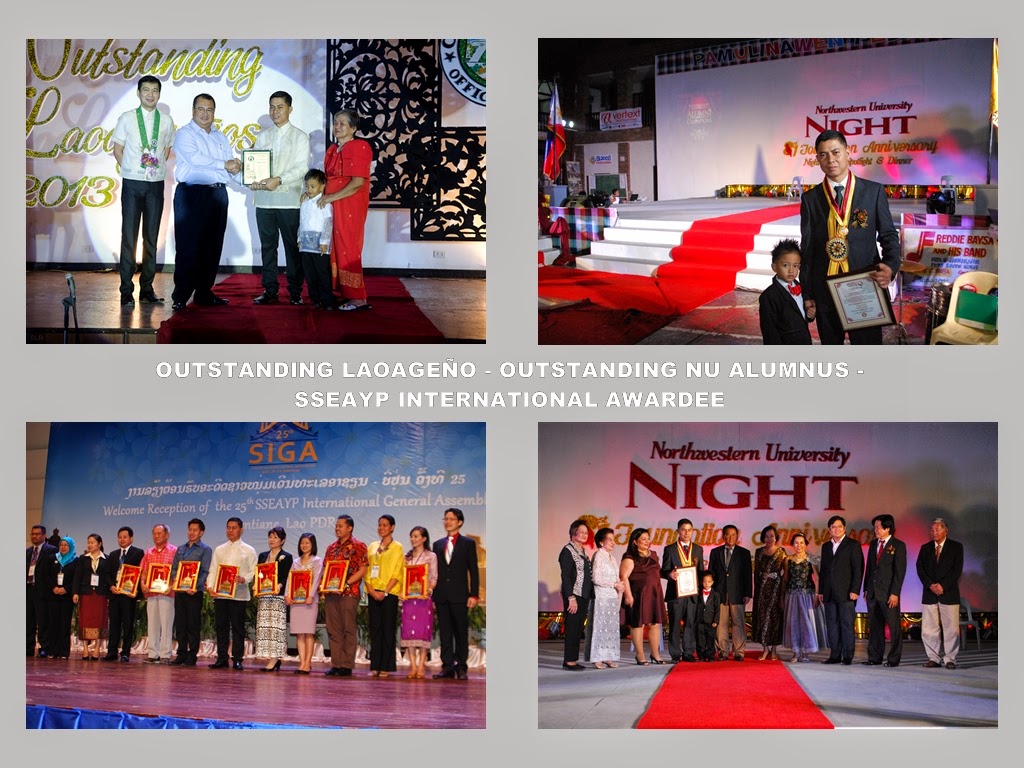 Because of the challenge that goes with the award, I thought of implementing another and more exciting project called Katutubo Exchange. It is a cultural exchange program for indigenous kids and youths from around the country. It is SSEAYP inspired program and it took off from my Kids on Project Photography. I eventually organized the Katutubo Exchange Philippines where I invited volunteers & cultural workers to join my advocacy. The objectives are to heighten the awareness of the people towards indigenous peoples and their cultures, promote the traditional arts and to provide learning opportunities for the participants. Lucky to have been sponsored by Cebu Pacific Air for the air travel of participants. Other agencies also took part. 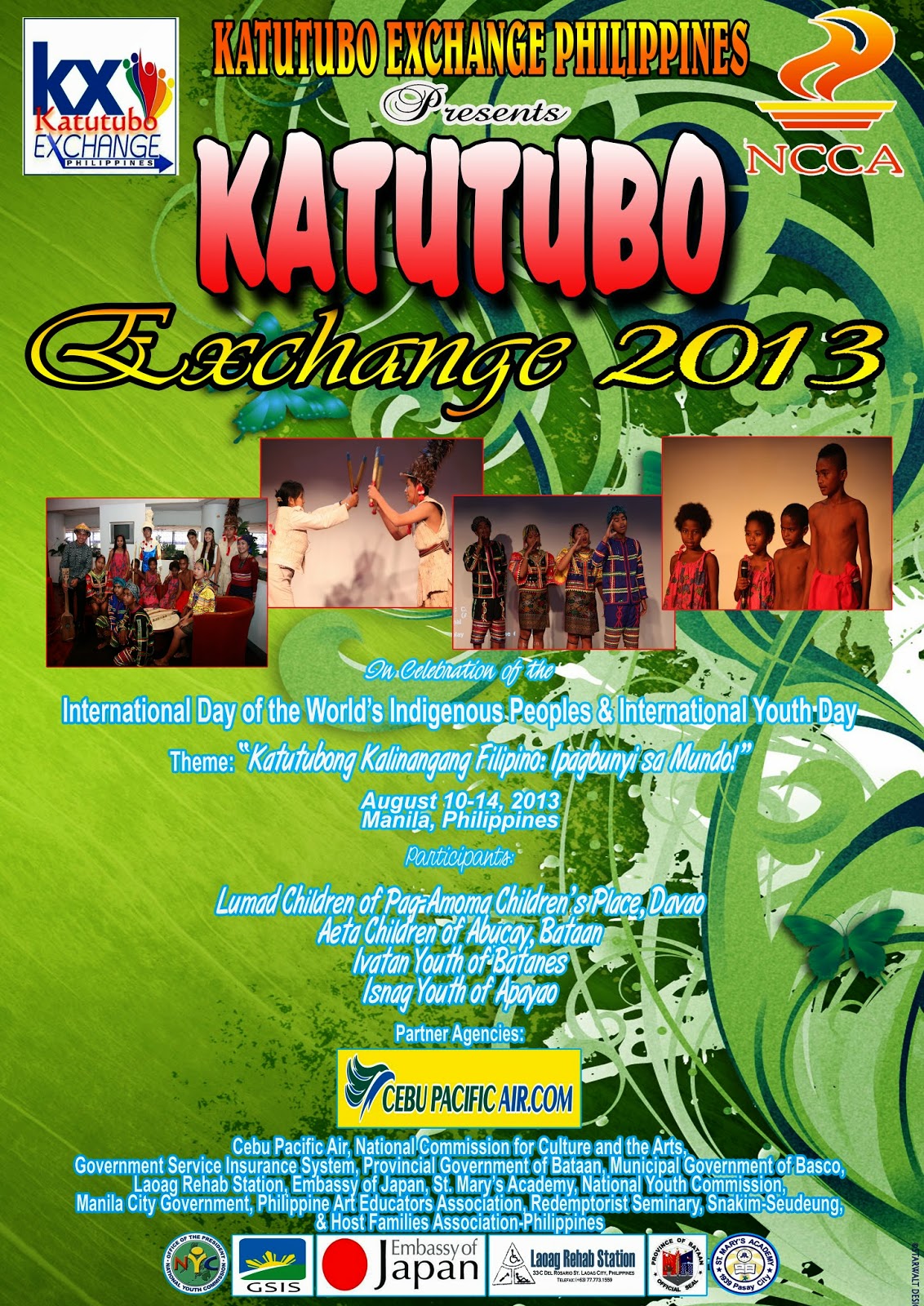 Immediately after the program I was interviewed and then featured on GMA Television Network’s show Unang Hirit and also in Agung NCCA’s news magazine. It was a simple program that served 12 participants and had gone a long way… making a difference in the lives of these young people.


I traveled this year to a few countries by attending the UNESCO World Heritage Committee 37th meeting in Cambodia. I witnessed festivals abroad such as the Lantern Festival in Taipei and watched the Formosa Aboriginal Cultural performance in Nantou, Gai Jaktra Festival in Baktaphur and Raksha Bandhan in Kathmandu, Nepal. I also saw a traditional Bengali wedding in Bangladesh and hosted by my Indian friend Pola. I traveled also to Singapore, Vietnam and Guam to where I have seen the Labor Day Celebration. 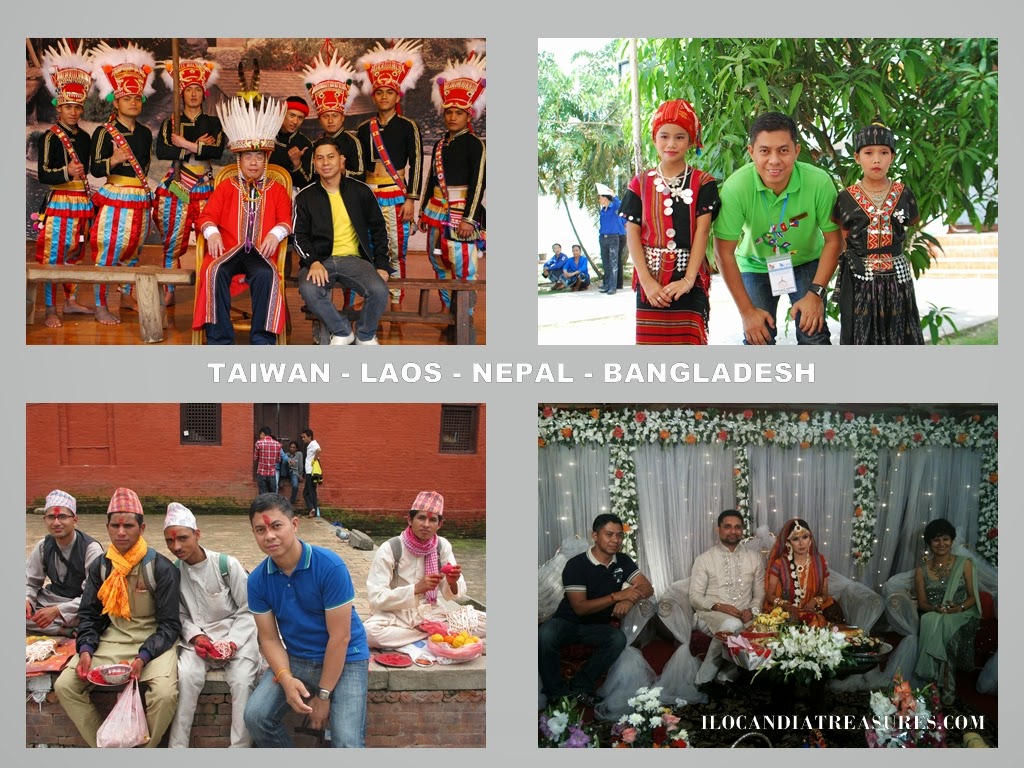 Locally, I attended festivals such as Sinulog in Cebu, Gameng Festival of Solsona, Pamulinawen of Laoag City where we implemented the Pamulinawen Photo Experience, Guling-guling of Paoay, and Panag-abuos Festival of Banna town all in the province of Ilocos Norte. I monitored the Bagat-Isem Festival as festival project sponsored by NCCA in Santol La Union. We witnessed Bakle Ad Bunubungna of Kiangan while we had CNCC meeting in Banawe and visited the rice terraces. 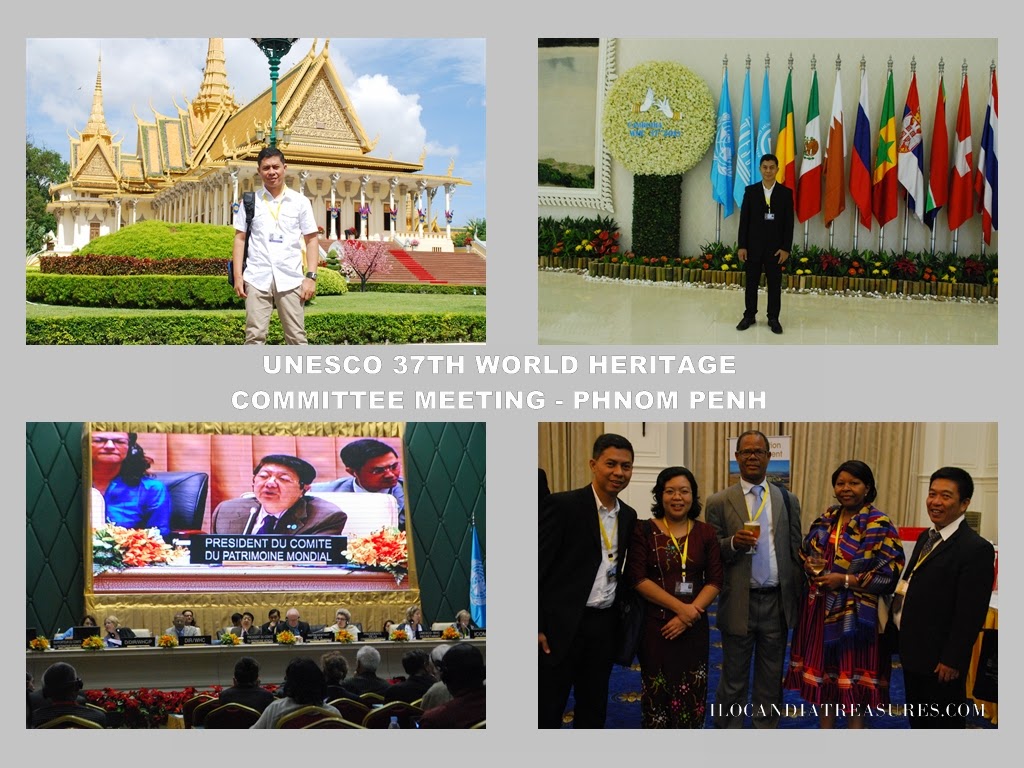 I conducted capability buidling seminars for cultural communities of Aeta in Bataan Peninsula State University in Abucay and the Kasiguranin and Dumagat of Casiguran Aurora. I was invited by the DepEd to conduct project proposal writing workshop for the Ivatans in Batanes.

I led a group of foodcraftsmen from Ilocos Norte for the International Food Exhibit (IFEX) where Ilocos empanada and tupig were featured on a cooking demo. I opened the program Dungog Kabataan in Lingayen Pangasinan attended by IP youths from Northern Philippines.

I attended the Cultural Mapping Conference at UST Manila and the Historical Societies Assembly at NHCP Manila. I was able to visit Dumaguete and Siquijor for the ordination of my friend Fr. Bryan Ligutom. I joined a medical mission in Zambales, celebrated my birthday with the kids at the Missionaries of Charity in Manila. I also joined the observance of the disability week with the Move Pilipinas at Quezon City Circle and Hapi wheelchair’s Day in Taguig where wheelchairs exhibited were decorated and designed by various artists.

Attended the SIP General Assembly in Pasig where I met for the first time some alumni members and the Reunion on Board Nippon Maru for the 40th SSEAYP where I met my batchmates.

I delivered a lecture on heritage conservation for civil engineers at the PICE Tehnical Conference in Ilocos Sur and was invited as guest of honor and speaker at the MMSU Management Convention in Batac. I served as judge to the dance competition of the IP week celebration of the province of La Union in Rosario and judge to art competition among IPs organized by Kalinawa Art Foundation.

Another surprise that came this year was the publication of my article about Kapurpurawan Rock Formation on the travel magazine VIEW of Business Mirror on its July 2013 issue. My own photograph of the site landed on its cover being the first time to be featured on the front page of a publication. 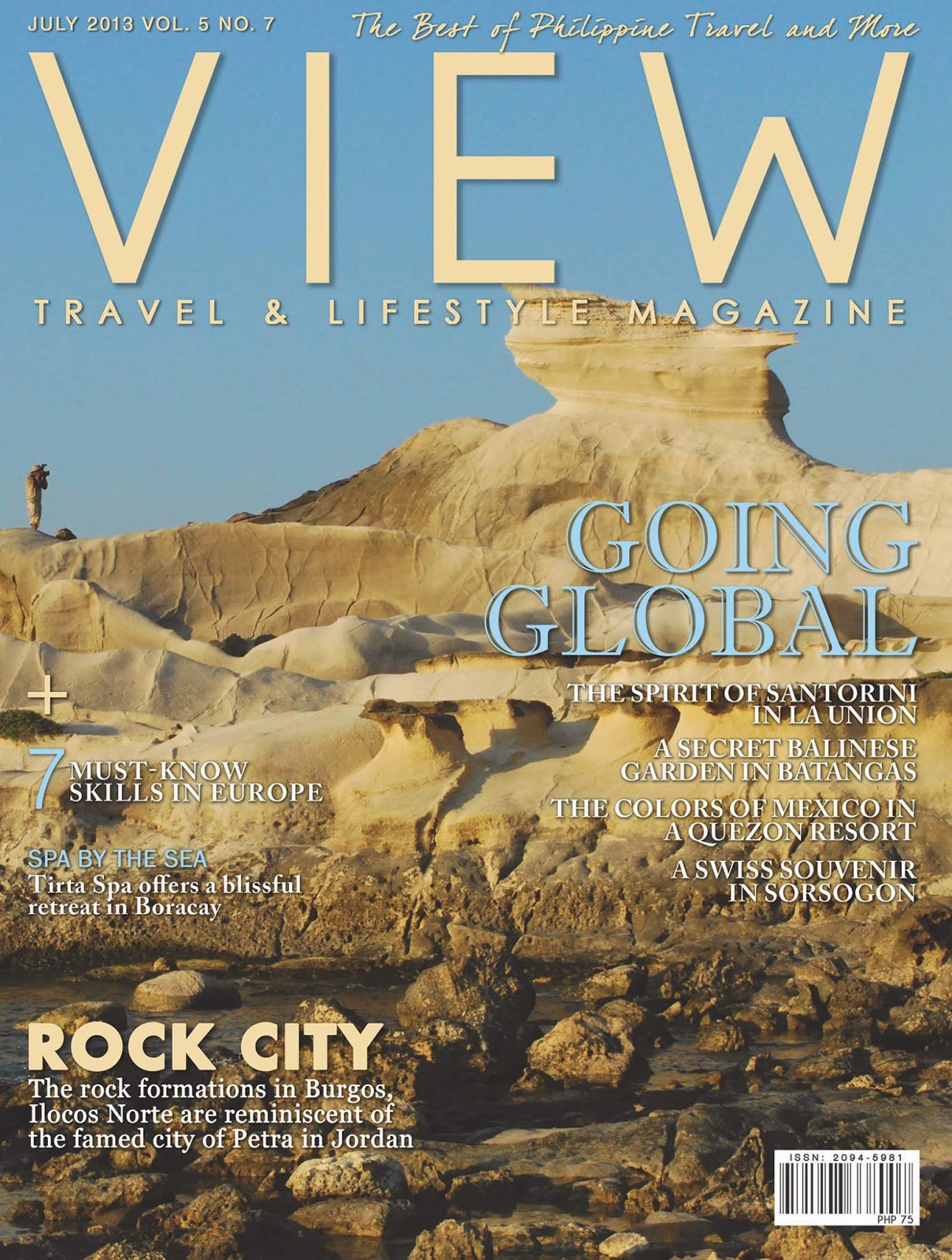 I have attended the Silver Anniversary of NCCA at the CCP and the Ani ng Dangal Awards on separate occassions. We held the Dayaw Festival kick-off at Rizal Park creating a flash mob and held a press conference on October and we held a meeting for the final preparation in the supposed to be site of the 2013 Dayaw Festival in Tacloban City then a supertyphoon struck and devastated the place so we just reformatted the program into Dayaw arts for healing session and I have attended the Bohol leg where I met the quake victims.
Posted by Edwin Antonio at 10:45 PM