Since I visited Guam for a couple of times already and Saipan is just close by and that gave me the idea of dropping by next time. So, on my third flight to Guam last year I did a side trip to Saipan. 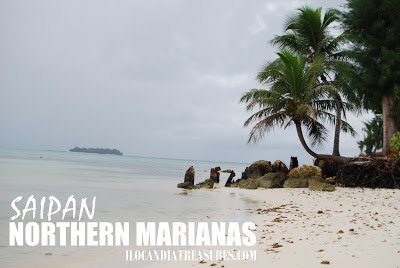 Northern Marianas Islands is an unincorporated territory and the commonwealth of the United States. The total land area of all islands in Northern Marianas is 183.5 square miles or 475.26 sq. km. and populated by around 54,000 as of 2010 census. There are 15 islands but only three are inhabited that includes Saipan, Tinian and Rota. Saipan is the largest island and the commonwealth’s capital. 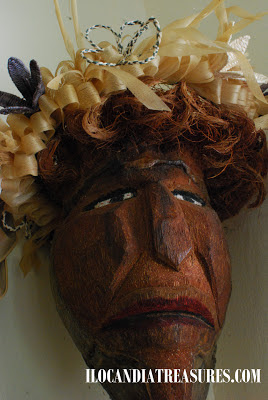 From Guam I took a morning flight to Saipan via Continental Airlines. I got a good view of Guam and Saipan from up above. From the airport, I went straight to the Saipan Chamorro-Carolinian Cultural Centers Headquarters which is located at 1213 Capitol Hill Road. 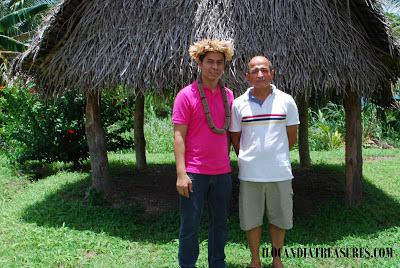 I was warmly received when I arrived at the center by Mr. Manny Borja, the project director. He introduced me to the people at the center and met native Americans specifically Chamorros and Carolinians. They have a few staff members who are mostly part-timers. Some of them do research on the islands of Guam, Rota, Tinian, and Saipan and so they sometimes are off-island. 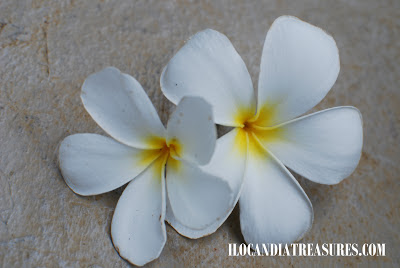 Manny told me that they teach traditional Chamorro and Carolinian knowledges and practices. I’ve seen at the center cultural items mostly handicrafts on display but it’s limited. I’ve seen handicrafts produced at the headquarters such as miniature wooden boats, textile, mats, scupltures and coconut figurines. It was even suggested to me to wear the traditional headress called marmar and the garland and took a pic infront of a traditional house. 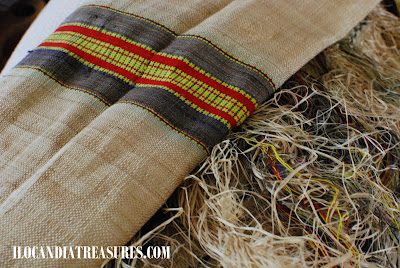 Manny prepared snacks for me, bread and butter with syrup which is molasses made from tuba. They locally produce it at the center. If tasted so nice. It was a fantastic cultural exposure and learning experience. 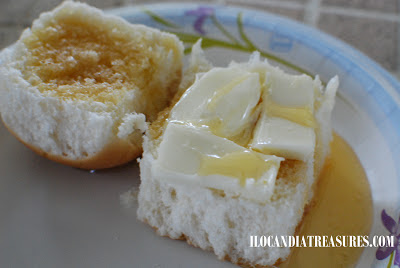 I had the chance to enjoy the beach front of the Hyatt Regency Hotel. It has white and clean sand and very inviting water. I saw several Pinoys fish on the sea on weekends and saw their catch. 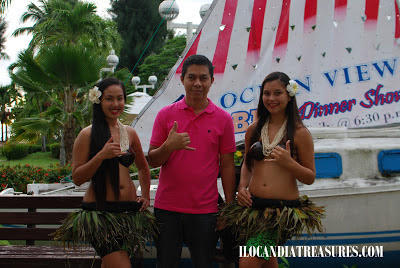 At night time, some Polynesian dancers performed at the hotel and saw their grace in dancing and also the native musical instruments and costumes. The ladies wear native flowers on their hair. 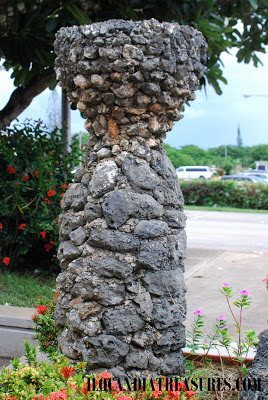 As I went back to the airport, I saw latte stones outside and some handicrafts made of pandan leaves displayed inside. My visit to Saipan was such another very fruitful trip.
Posted by Edwin Antonio at 6:22 AM