Year by year the mystique and excitement continues to live on in the celebration of the Guling-guling Festival. It means to smear or mark a white cross made of powder rice on the forehead of the people by the mayor every Tuesday before the Ash Wednesday signifying the last day of merrymaking before the observance of Lenten Season. 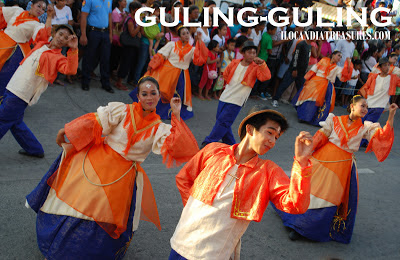 It is customary for the townsfolk of Paoay to prepare in the morning dudul, a native delicay made of rice and molasses. They serve this in the afternoon during the celebration matched with basi, a wine made from sugar cane. 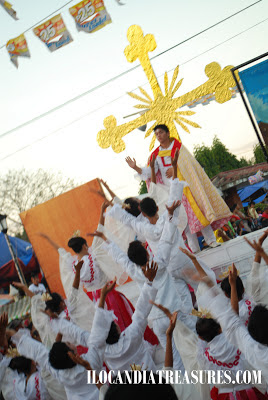 Its really a merry making since old folks show off their best and traditional costumes like pandiling, kimona and barong made of locally produced textile called inabel. Afterwhich they dance the whole time. 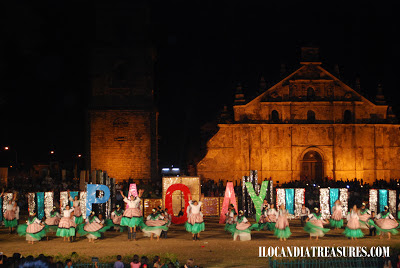 The present celebration comprises of the street pageantry and dance showdown of the various clustered barangays. Big prizes are at stake for the winners in the two categories. I am fortunate that I was invited to judge for the second time this very interesting festival event of Ilocos Norte. The judges were boarded on a 4x4vehicle and each stationed on various points to get a good view of the street dance. Then we were each introduced as we alighted from the vehicle. Other judges were Prof. Estrellita Corpuz, Dr. Lloyd Rosquita, Dr. Esteve Villaruz and Mr. Edred Piamonte 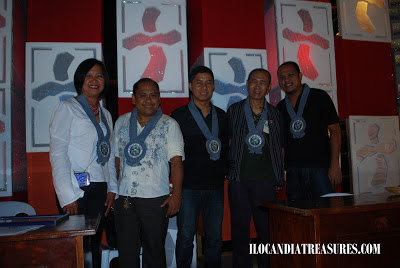 The showdown took place afterwards at the backdrop of the UNESCO World Heritage Site Paoay Church. The costumes were all fabulous and extravagant while the dance steps were graceful however only one emerged as winner separately in each category. Some of the groups became runners up.
Posted by Edwin Antonio at 8:18 AM