Timing was so good that right after my talk in Dagupan, I was invited in La Union to be the guest speaker and inducting officer for the induction program of the BIBAK-Bago new officers. This is a group for indigenous people. An organization created for the people of Cordillera Region. The member provinces are Benguet, Ifugao, Mountain Province, Abra, Apayao and Kalinga. This group also includes Bago ethnic group. 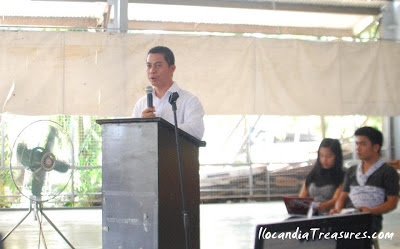 This is also known as BIMAAK. Its main objective is to unite the people from the said provinces and uplift the indigenous roots of their group to be able to promote their communities preventing issues of discrimination and criticism. 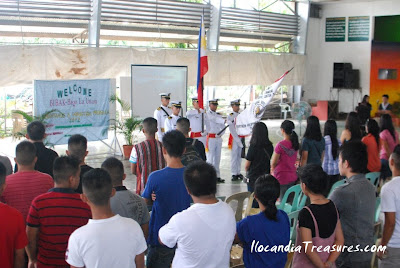 I am just so honored that they consider me to invite maybe because I work for northern cultural communities committee of NCCA and that they have known me conducted capability building seminar in San Fernando City. I was welcomed by the officers, Jhasper Lipaen and Daisy Carbonell and adviser Mr. Noel Sumingwa. 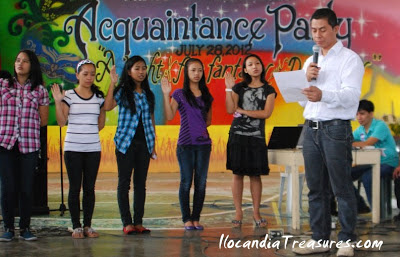 They did the program during daytime for the first time for security purposes and it was held at the Lorma Gymnasium in San Fernado City La Union. It was a Sunday morning so many of the members were present and everyone’s busy doing their respective tasks. Some were preparing the venue and some were carrying the food they served after the program. 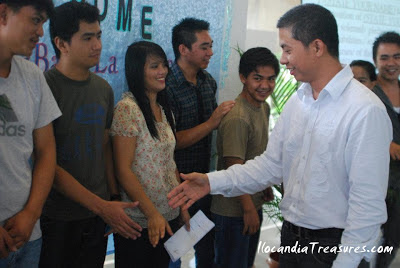 They really had the unity and cooperation that brought them to successfully put up the event. I praised them for that because their organization won’t work without these elements. I cited the situation in their organization as an example in my speech revolving around the theme of the celebration stated as “Winds of Change: Island of Unity in a Sea of Diversity.”
Posted by Edwin Antonio at 7:56 AM 0 comments

The city government of Dagupan is eager to propose projects to the National Commission for Culture and the Arts and this is the reason I got invited by City Administrator Vlad Tamayo to come and conduct a project proposal writeshop for the various organizations in the city last July. 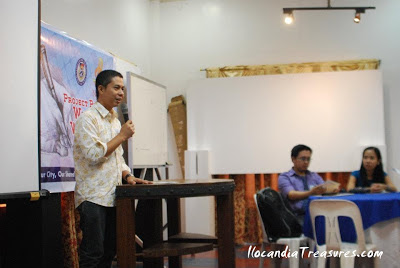 Representatives of the city government of Dagupan, universities and schools, cultural organizations and other groups attended the writeshop. Ms Louis Ann Velasco was the one who received me and introduced me to the participants. 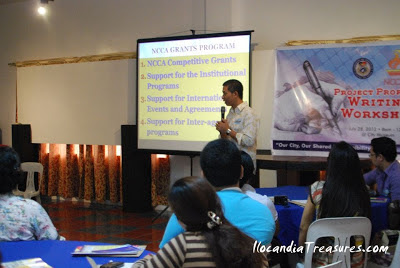 I had the opportunity to introduce to the partipants my agency NCCA, its vision, mission and objectives. I focused on the possible projects that they can work on. I gave them one by one the projects that they can grab from the National Committee on Northern Cultural Communities. There were trainings, seminar-workshops, school of living tradition, arts camp, community assembly, cultural performances, community festivals, lakbay aral and many others. 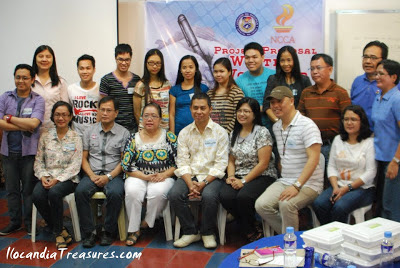 One particular objective they have is to beef up and enhance their city museum where we conducted the workshop so I advised them to lodge their proposal or request for technical assistance to the Committee on Museum.
Posted by Edwin Antonio at 6:57 AM 0 comments

Another batch of delegates was selected for 2012. It is the 39th year of the program Ship for South East Asian Youth Program (SSEAYP). I was a former participant of it on its 29th year and it was exactly 10 years ago. 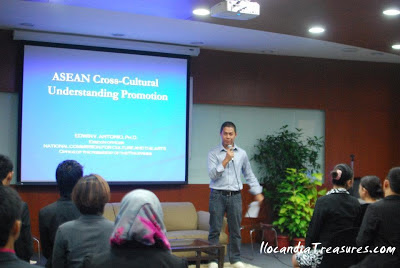 SSEAYP is an annual cultural exchange program funded by the Cabinet Office of Japan. It aims to foster mutul understanding among the youth. A luxury cruise ship takes participating youths to different countries of ASEAN and Japan to make courtesy calls to heads of states, do institutional visits, stay with local host families, perform cultural shows and involve in discussion on board. 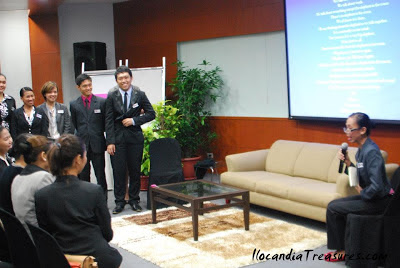 While on board the ship a series of discussions is conducted among several groups of participants. Various topics are being discussed such as Youth Development, Social Contribution Activities, Environment and Climate Change, Health Education HIV/AIDS, School Education and Cross-Cultural Understanding Promotion. 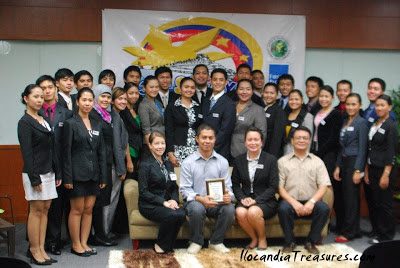 As a cultural worker I was invited by the National Youth Commission to give a talk and workshop on Cross-cultural Understanding Promotion to the delegates during their pre-departure training program at the First Pacific Leadership Academy in Antipolo City. They were given the task to portray the good values of a Filipino. In a short period of time they were so quick to conceptualize, practice and act out and delivered it well.
Posted by Edwin Antonio at 7:49 PM 0 comments

We conducted the second part of our NCCA regular committee meeting on the same day of the T’nalak Festival in Koronadal City on July 18. While discussing matters at the meeting, we heard of the beat of drums and music in the street and so we took a break to see and enjoy the sights and sound. 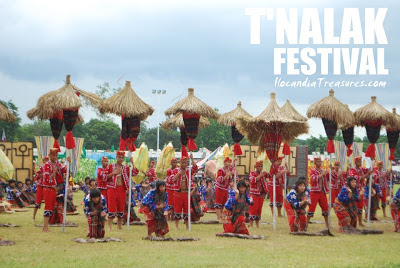 It was actually the street pageantry where the different groups of people particularly the different ethnic groups parade on the streets where they showcase their lovely traditional costumes costum-made for them with t’nalak material or with a touch of it. 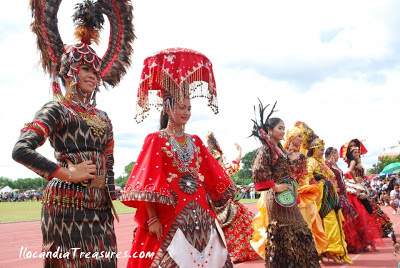 T’nalak is a hand-woven textile made from the abaca plant. It is the T’bolis traditional tapestry. T’bolis are indigenous people inhabiting in the province of South Cotabato in Mindanao. They do put on artistic designs on the traditional cloth which they get sometimes from the dreams of the old women weavers. They call them dreamweavers. The weavers work without preliminary designs but most patterns are handed down to them. This textile is a product of tedious and hardwork by the weavers where a meter of it takes about months to finish. Tinalak does not only serve as a decorative material but it expresses the warm welcome and honour to guests. The cloth also signifies the status of the owner. 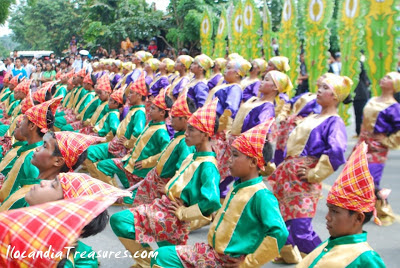 In producing this indigenous cloth, vegetable dyes and pigments from roots and bark of tree are used to give color to it. It requires good skill in weaving techniques because of the complex patterns that are designed in the t’nalak. 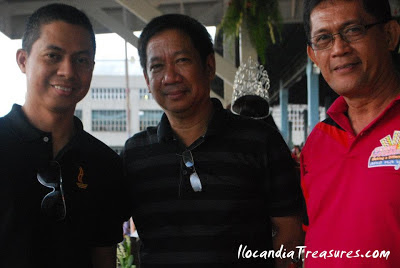 While celebrating the Tinalak as being worn by the dancers and muses, they showcased skillful dance steps in the street. Lucky to have the free time in the afternoon to watch the dance showdown. There are different categories namely Madal Be’Lan for T’boli streetdancing, Kasagayan a Lalan for Muslim streetdancing, and Kasadyahan sa Kapatagan for Christian streetdancing. 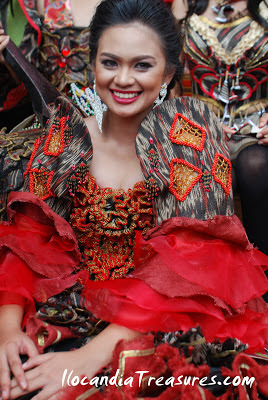 I was able to get up close to them because we were given complimentary tickets to the show to get in. I had the chance to meet and talk to Governor Arthur Pingoy, Jr and Vice Governor Tolosa. The festival queens of the different groups were presented. The dances depicted some of the different rituals, beliefs, traditions and occupations of the people in South Cotabato and waves the tinalak as they portray the process of making it. 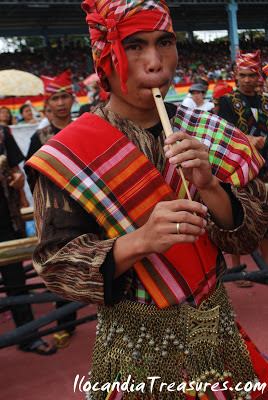 There was a downpour in the middle of the showdown but it did not dampen the mood of the people. The show must go on as they said. It was a spectacular festival centering on the tnalak and at the grand finale all of the groups were assembled and they dance while the announcement of winners were made. 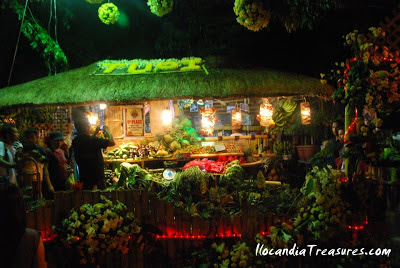 We took our dinner at the place of former NCCA commissioner Carlo Ebeo who served us pochero, inubarang manok, wild fern, kilawing isda and bamboo shoot salad. We got refreshed taking pure fruit juices. At nighttime, we were able to see of the best decorated houses. All are nipa huts decoratedwith indigenous materials. Fruits, vegetables, flowers and plants adored the houses. My group capped our day with a dose of durian. Truly a great treat for us cultural workers.
Posted by Edwin Antonio at 5:59 AM 0 comments