Our team from the Northern Cultural Communities of the National Commission for Culture and the Arts (NCCA) had an out of region meeting last July. We decided to visit South Cotabato because of the T’nalak Festival celebrated slated on the same month. 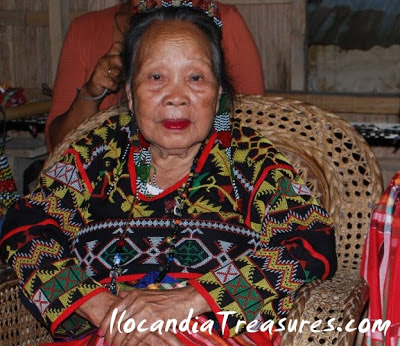 Upon arrival at the airport in General Santos City, we all went straight to Lake Sebu and visited the Gawad sa Manlilikha ng Bayan (GAMABA) Awardee or National Living Treasure Lang Dulay of the T’boli group. 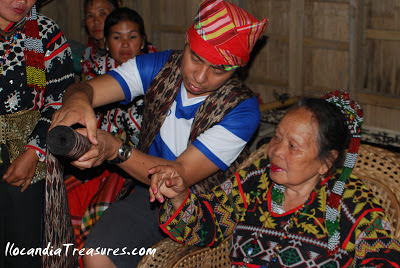 Lang Dulay is a traditional artist. She is popularly known as traditional weaver of t’nalak, an indigenous textile or cloth from South Cotabato. It’s a textile made from fine abaca fiber. She and her staff at the weaving center demonstrated some of the tedious process of weaving tnalak. They explained to us that they start with stripping of the abaca stem to produce the fibers then they have to dry the threads and tie each strand by hand. The tying of the fibers helps define the design during the dying stage. 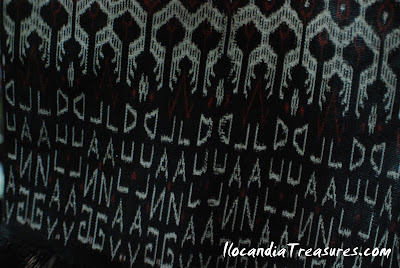 Some of the Tboli ladies have shown us how they do the back strap loom weaving. It is a difficult work because it strains the weaver’s back and eyes. They are required also to help in the farm after weaving. Lang Dulay makes various designs that include clouds, hair bangs, butterfly and others. Although she cannot expressed herself in the Tagalog dialect she explained to me one of the design she made during our visit. This Tboli textile is being bartered for horses in the 1960s and the Sta Cruz Mission encouraged the community to weave. Because of the excellence of Lang on the tnalak craft she was given the GAMABA award in 1998.
Posted by Edwin Antonio at 7:44 AM 0 comments

Before the celebration of All Saints Day, I was able to attend a funeral of a grandmother of my boss. It is customary for Ilocanos to pray for the eternal repose of the departed ones at home after the interment. This is usually led by the lady seniors in the community. There was also a preparation of food to be offered during the prayer. Since it was taxing to do it by the family, they just resorted to order one big set from a maker. This costs around Php 3,500 to 5,000. 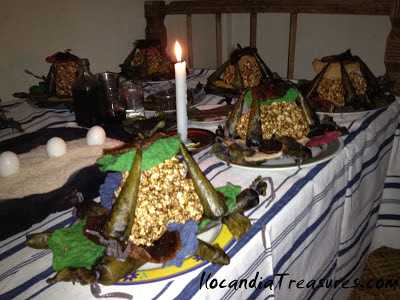 There was a total of 12 plates displayed on the surface of the bed being used. It was covered with an inabel cloth and the plates were placed on top. The number of plates varies from one town to another. Some may have 13 or some may even have 21 plates. The whole set is referred to as umras. It is composed of baduya, sinuman, pelaes, busi, linga and additionals are the beetle nuts, cigars, eggs, rice, and candles. 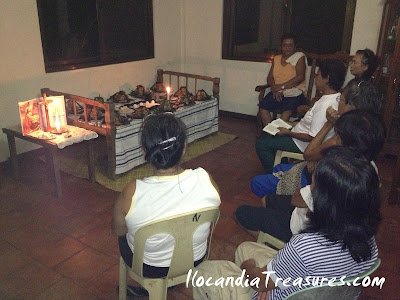 The food offerings have to be put to stand from afternoon until the wee hours of morning. One is usually stationed to keep watch of it. It is believed that the spirits roam around this period of time. Afterwhich the food are being taken off from the offertory table or platform and its being eaten by the family members and shared to the neighbors. 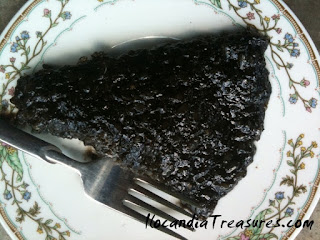 In Pangasinan, I was lucky to have tasted again the inlubi at home after a very long time. It’s a black pinipig which is a glutinous rice just right after its harvest in its shell burned and pounded to give that black color. It is being cooked with coconut milk and being stirred continously until it binds and sticky. My mom bought the pinipig for me then my brother cooked it for me. This is what I really missed during the Halloween. It can be turned into a rice cake or simply blanced and added coconut milk and young coconut meat. These are yummy Halloween delicacies.
Posted by Edwin Antonio at 5:14 PM 0 comments