As a kick off to the celebration of Dayaw 2012, an indigenous peoples festival to be held in Malolos Bulacan on November 27-29, 2012, the Subcommision on Cultural Communities and Traditional Arts (SCCTA) in cooperation with the Public Affairs and Information Office (PAIO) of the National Commission for Culture and the Arts (NCCA), a press conference and an opening of an exhibit was held in the NCCA office in Intramuros, Manila on October 24, 2012. 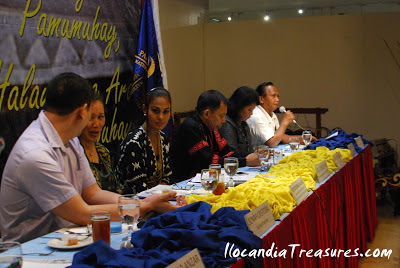 The press conference was attended by mediamen from television, radio and print media. Most of us executive council officers of SCCTA were there to talk about the upcoming celebration. Chairman Felipe De Leon has delivered his keynote speech. 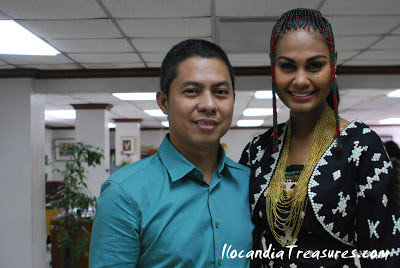 Miss Universe 4th runner up Venus Raj was invited and declared as the Dayaw Ambassador. She gave her thoughts about Dayaw. She even wore a T’boli costume. 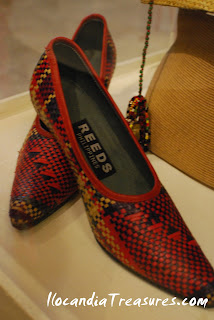 After the presscon, an exhibit of arts and crafts was formally opened to the public at the NCCA art gallery. These are the collection of products of the project School of Living Traditions. Crafts showcased were mats, textiles, costumes, accessories, woven handicrafts, bags and many others. There was even a pair of shoes styled with colorful mat. Its an innovative design. 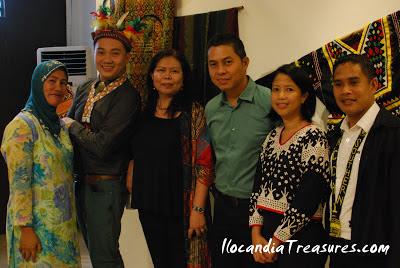 Posted by Edwin Antonio at 4:50 PM