The Miraculous Lady of Piat

I have been always hearing the Our Lady of Piat from friends. Most of them make a pilgrimage to Cagayan and some of them are devotees to the Virgin. The image is said to have made miracles. 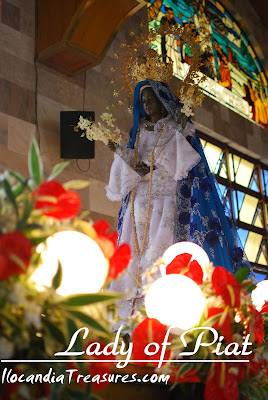 According to history that when the Spaniards set foot in Cagayan in the 16th century, they tried to convert to Christianity the Itawis town of Piat especially the aggressive Kalong sub-ethnic group but they failed and it resulted to war. The Spaniards really did not give up until the image of Our Lady of Piat was brought to Cagayan from Macau and made so many miracles. The original name of the image is "Nuestra Señora del Santissimo Rosario." With the miracles observed the people gradually were converted to Christianity. 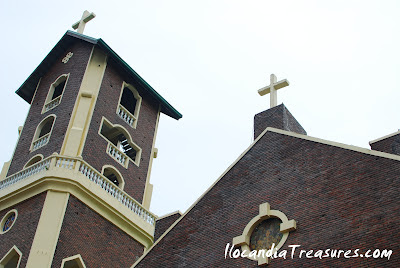 In Itawis laguage, she is called Yena Tam Ngamin that means a mother to us all. I was lucky to have paid homage to the image when I was invited to judge the Sambali Festival last June. I was toured around by Education District Supervisor Francisco Conag. He said that the old church was demolished to put up a new and bigger one. The original church should be preserved because that is a heritage. Many people or devotees queue to visit the image during its feast.
Posted by Edwin Antonio at 2:51 PM