Last June 27, I was invited to judge the street pageantry and dance showdown competition of the Sambali Festival in Piat, Cagayan. I traveled from Laoag to Tuguegarao by bus but the Mangapit suspension bridge was under construction and we have to cross the river by barge. We waited for nearly 2 hours before crossing since it was raining. 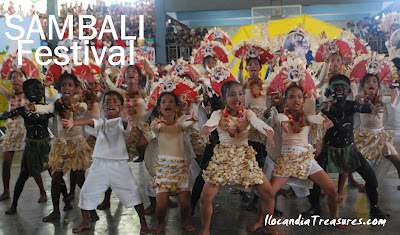 I arrived early morning so I took a nap at the terminal then I was fetched by teacher Eva Mendoza. It rained cats and dog and so she hired a van going to Piat after taking our breakfast. Upon arrival at the place, we were advised that the event was postponed due to heavy rain. 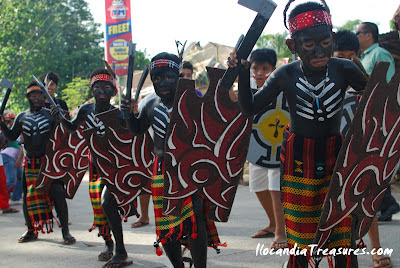 I was introduced to Mayor Leonel Guzman and to the other sanggunian bayan members where I had an orientation of them about National Commission for Culture and the Arts. They were happy to know the agency and learned its projects and programs. We all had lunch at the town hall and the mayor proudly introduced to me the pawa, an original native delicacy of their town. It is made of ground glutinous rice with ground peanut inside. I liked it very much. I was accommodated for the night at the house of district supervisor Conag. 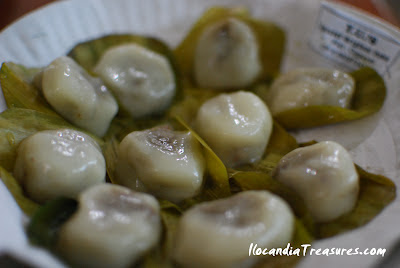 It was good that the sun shone on the next day where everyone, early in the morning, was all set for the competition. Students of elementary and high school were the major participants and they were clad in their indigenous costumes and some of them body painted with black. 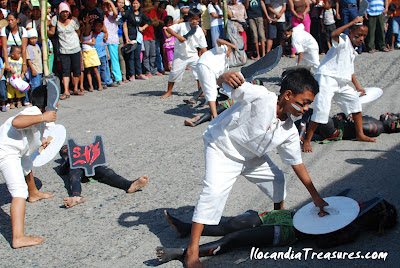 The festival was derived from the sambali dance which is a war dance of the Itawes tribe of Cagayan. These natives were later converted to Christianity through the intercession of the Lady of Piat. 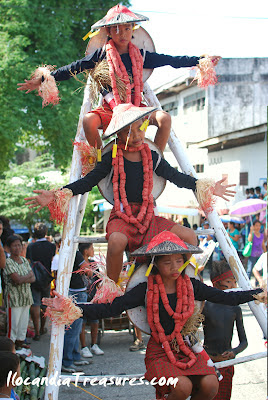 This year marked the 23rd year of celebration of Sambali Festival in the town of Piat since its revival in 1989. This is a spectacle of color and dances brought about by centuries-old cultural traditions. 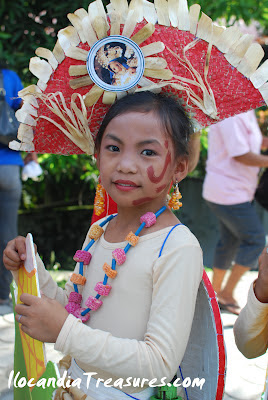 In the Mallaweg dialect, the word Sambali means "war". It is being portrayed through a dance between different tribes. There are two native women called ayayas, running and shouting to forewarn both parties about an imminent war to start the scene. 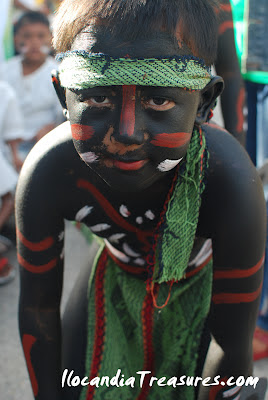 The new Catholics or twits are usually clothed in white camisas and pants while the dadayas are clad in red strings. Both camps then march to the battlefield armed with shields and spears. 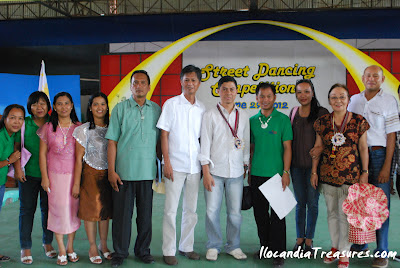 The battle begins as the warriors dance to the ethnic drum and gong beatings. Then I have seen the fight ends with the Catholics rising victorious, which symbolizes the reign of Christianity over pagan beliefs and practices.
Posted by Edwin Antonio at 11:22 PM

Hi,
Would you be interested in trading guest blog post on our blog, http://onetravelbloggers.com/? We are a blog whose audience enjoys reading anything about travel (e.g. “Best spots in Philly”, “Top 10 beaches in Spain”, “How to travel around Tokyo on a budget”, etc). And, of course, you’ll receive a FOLLOWED link to your blog or page of your choice.
Please let me know if you’re interested. I think you’d be a great fit with our audience, and we’d also like to talk with you about other partnerships.
Talk to you soon