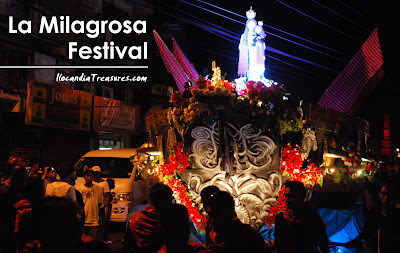 At the opening of the festival on May 2, there was a re-enactment of the galleon coming to the shores of Badoc. It is a town neigbor to Sinait Ilocos Sur. From the old tales, the galleon carried boxes containing an image of Virgin Mary and a crucifix. The people of Sinait tried to carry the Virgin image but they could not. Meanwhile the people of Badoc wanted to take the Crucified Christ but could not carry as well. After failing to take home the respective images, they tried exchanging the icons instead. The miracle just happened! They were able to lift the images very easily; the Crucified Christ to Sinait and then La Virgen Milagrosa to Badoc. 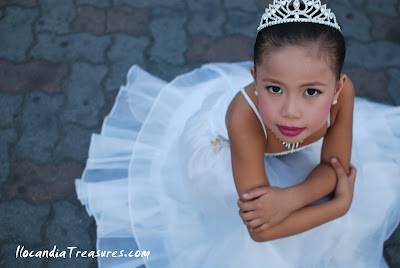 On May 05, a mass was celebrated at the Laoag Cathedral and it was followed by a libot or a procession along the downtown Laoag. Majority of the town mayors of the province joined the governor as sagalas and escorts. It was at the same time a Flores de Mayo celebration with floats showcasing the various patrons of the different municipalities of the province and a galleon-like float was the main attraction. 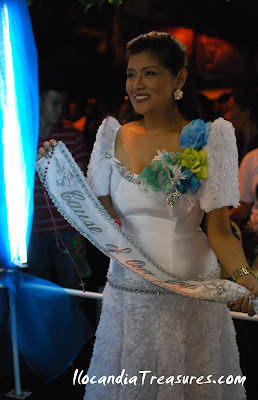 The highlight of the said festival was the Himala sa Buhangin held on May 10 at the Paoay Sand Dunes. It is a whole day event inspired from the movie Himala. There was a mural of Himala and Biag ni Lam-ang. A lineup of activities conducted that started in the morning includes sand castle building contest, 4x4sand dune bashing, ATVs, sand boarding, Zorb ball and many more. 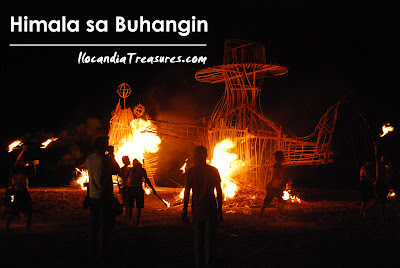 The set up of the camp was of Arabian theme with a touch of Ilocano design, tents were installed, statues of camel and elephant with kariton and burnays accented the camp. A concert program was held in the late afternoon to midnight by popular bands from Manila. Philippine Basketball Association (PBA) celebrities and other personalities were there to witness. Belly and fire dances were a big hit. 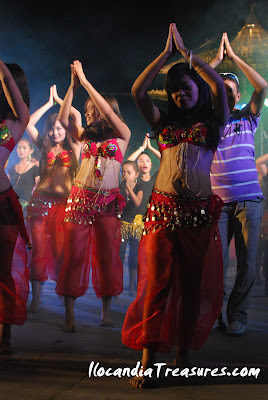 The main highlight of the day was the burning of the art installation created by artist Leeroy New. The main art installation was a galleon floating in a sea of sand. They decided to keep it and a smaller version was made that was set on fire. The fire dancers lit up one by one the torches towards the installation art and burned it. A grand fireworks display capped the day.
Posted by Edwin Antonio at 12:00 AM