NCCA holds Forum on the Plight of ASEAN Weavers

An international forum was held on March 20-23, 2012 at Plaza Del Norte in Ilocos Norte to discuss the plight of traditional weavers in China and ASEAN countries. This forum is sponsored by the Association of South East Asian Secretariat (ASEAN) and the National Commission for Culture and the Arts (NCCA). 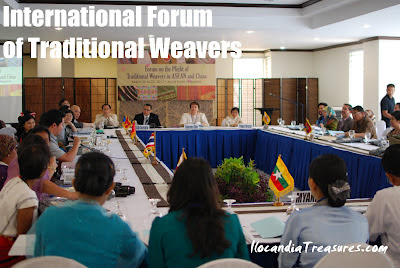 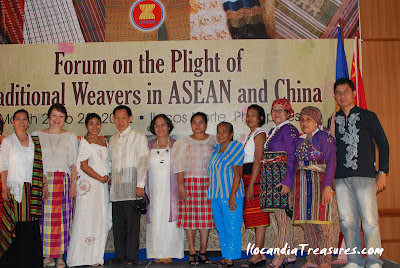 The delegation composed of weavers, designers, marketing experts, cultural officers, ambassadors and dignitaries are from Thailand, Cambodia, Laos, Brunei Darussalam, Vietnam, Malaysia, Indonesia, Myanmar, China and the Philippines. The country was represented by the weavers from Paoay, Sarrat, Pinili, Ifugao, Aklan and Basilan.

They were entertained by the Tambureros of the Ilocos Norte National High School and the Asian Ingenuity Exhibition was opened to showcase various textiles of the region. 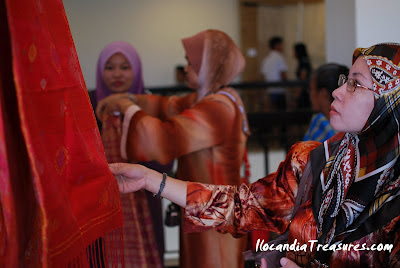 Country presentations were conducted during plenary sessions. The status of the weaving of indigenous textiles in the different countries was presented.

The entire delegation was taken to the weaving sites of Ilocos Norte. These were the Nagbacalan and Nalasin barangays of Paoay for the abel weaving. Sarrat was also visited for the weaving of binakol textile. 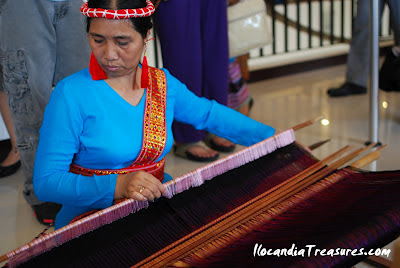 This forum project focused on the difficultires and problems being encountered by traditional weavers from dealing with existing government policy, to sourcing materials, and to production and marketing. Lectures were delivered focusing in each field. It is followed by workshops with intense interaction and exchange of ideas. 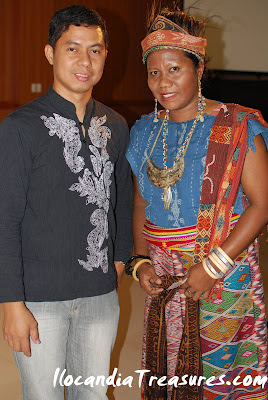 The delegation was treated to dinners hosted by Governor Imee Marcos at Malacanang of the North, Mayor Bonifacio Clemente in Paoay and Department of Tourism at Sitio Remedios Resort. Lastly, the delegates were taken to a tour around Ilocos Norte and Heritage City of Vigan.
Posted by Edwin Antonio at 12:01 AM