Encounter with the RP Vice-President

On January 10, 2012, the officers of the Ship for South East Asian Youth Program (SSEAYP) International Philippines, an alumni association of the former participants, took oath before His Excellency Jejomar Binay, Vice-President of the Republic of the Philippines. 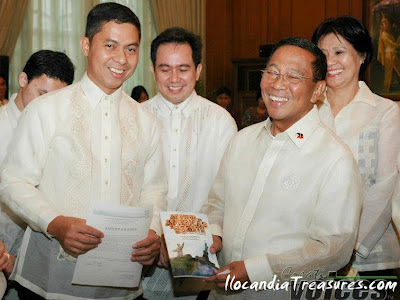 Jejomar "Jojo" Cabauatan Binay, Sr. is the 15th Vice President of the country. He was a former mayor of Makati and serve at said post for several terms. He was born in Paco on November 11, 1942. He is a lawyer and he put up organizations which helped political prisoners. He has once been the chairman of the Metro Manila Development Authority (MMDA) and he is popularly know as the President of the Boy Scouts of the Philippines. 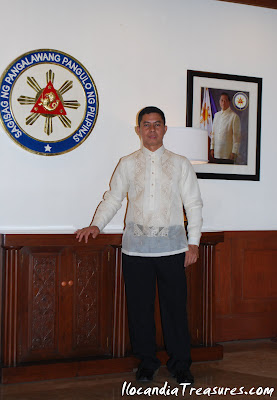 Coconut Palace is the new residence or office of the Vice President. It is also called Tahanang Filipino which was commissioned to be built by First Lady Imelda Marcos intended for the visit of Pope John Paul in 1981 but the pope declined because it was ostentatious a place to stay at while he is in the poverty-stricken country.

But this guesthouse billeted some important personalities such as the Libyan leader Muammar al-Gaddafi, Brooke Shields and George Hamilton. This palace celebrates the coconut as the “Tree of Life”. 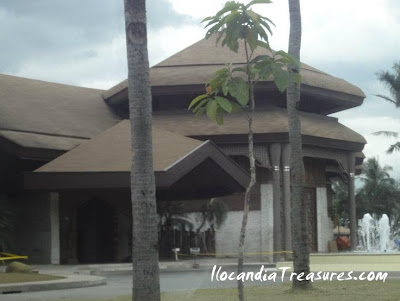 We were inducted into office by the Vice President. I was elected as Board Director of SIP. He related to us that he envy people who travel. I gave him a copy of my book Around the Americas in 60 Days as token of gratitude.
Posted by Edwin Antonio at 12:01 AM