Binakol and other Ilonggo Delicacies

When I visited the market of Miag-ao I saw some interesting delicacies which they sell. I saw some food wrapped in banana leaf and I tried tasting them. I saw first the kalamayhati which is the local version of dudol in Malaysia and kalamay in Ilocos. 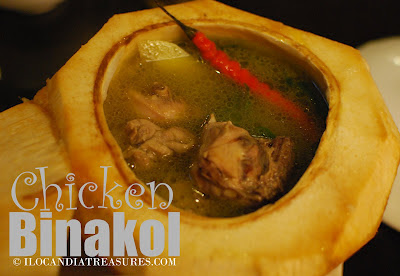 Kalamayhati is better I think in its consistency because it’s thicker. It is easy to open and eat. It is made up of pounded glutinous rice with mollasses. I was even offered to buy one kilo or more of it which is not practical since I may not be able to consume all. Since I love this delicacy I bought a few more to take with me.

Another delicacy I found was the baye baye. It was also wrapped in banana leaf. It is the espasol version of Iloilo. It is made up of ground toasted pinipig or young rice, coconut water and young coconut. 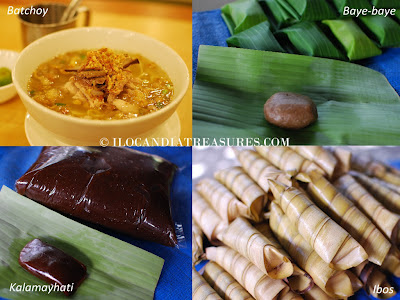 Suman is a popular Filipino delicacy which is called ibos in Western Visayas. It is made up of glutinous rice cooked in coconut milk. This is usually partnered with fresh mango slices.

La Paz batchoy is really superb and one of my favorite snacks. It is a noodle soup made with pork and organs such as liver, kidney and heart. Chicken stock, beef loin and pork cracklings and an egg are added and an egg. I usually drop by Iloilo from Kalibo after attending Ati-atihan just to take a bowl of this. Vey special batchoy is priced from 60-90 pesos per bowl. Iloilo is popularly known for this dish.

Binakol na manok sa buko certainly was a great treat. I have to thank my couple friend Mr. and Mrs. Sherwin Sanchez who took me to a resto adjacent to the SM City. They ordered for me a yummy chicken binakol. It was my second time to eat binakol. The first one was in Kalibo which was cooked in a bamboo tube. This time it was in a coconut shell.

Chicken binakon placed inside a buko or coconut was so special and very interesting. This Ilongo dish is a native chicken sauteed in garlic and ginger and simmered in fresh coconut juice. The coconut meat is also added in with the sayote, chili green leaves or malunggay leaves, and green pepper. I indeed enjoyed my trip with this very special meal.
Posted by Edwin Antonio at 3:51 PM