The year 2011 has been a great year for me. Numerous great moments transpired on the said year. It was a year filled with so many blessings. 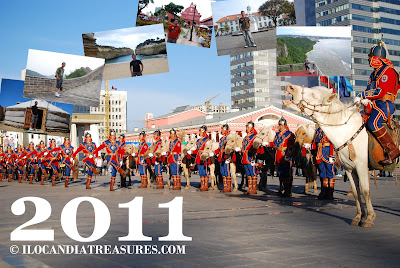 I started the year with a climb to Kibungan Mountain range in the province of Benguet. This climb was organized by the Laoag Mountaineering Club.We got the chance to immerse ourselves in the indigenous community who clamor for a no to mining. They protest against any means of exploration and mining in their place. I could say that it was a climb with a purpose since we have heard their sentiments and exchanged ideas through the fora we had in the villages.

I was able to attend and witness several local festivals such as the usual Ati-atihan in Kalibo where Ive been there annually for quite sometime. It was fun that my colleagues from The Ilocandia Photographic Society (TIPS) have joined me. I was elected as the president of the group on April. I have covered the much sensational Cutud Lenten Rites in San Fernando Pampanga on a Good Friday. I had the chance to witness people flagellating and the blood spurts to my shirt.

Newest for me to document was the Pintados-Kasadyaan Festival of Leyte. There was a bit of political drama where the participants barricaded in a portion of their parade route. Nevertheless, I enjoyed the festival because it was a showcase of the festivals of the different towns of the province. 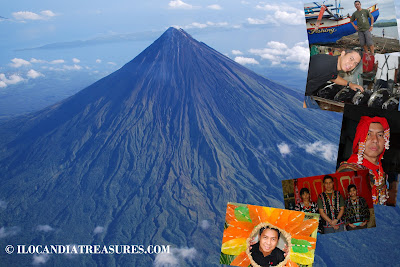 The colorful festivals that I have been to were Panagbenga Festival in Baguio City and Pahiyas of Lucban in Quezon. Lovely blooms and colored rice crakers or kipping were featured respectively.

I had the chance to visit the ancestral home of the T’bolis called Lake Sebu where I had some nature tripping. I have seen the tunas in GenSan and the beaches of Saranggani. I have visited the island of Guimaras on a sidetrip from Iloilo and an up close encounter with the Mount Mayon in Albay.

Of course, the mainstay of Ilocandia’s festivals that I had seen for the year were Gameng of Solsona, Pamulinawen of Laoag, Kannawidan of Ilocos Sur, Guling-guling and Tumba of Paoay, Kawayan of Abra, Magdadaran Talip Festival of Carasi and Panagwawagi Festival of Dumalneg. The last two were from the indigenous community.

So lucky to have been elected as the head of the Iloko & Bago cluster and subsequently elected as the secretary of the National Committee on Northern Cultural Communities under the Subcommission of Cultural Communities and Traditional Arts of the National Commission for Culture and the Arts (NCCA). Attended the regular meetings, conducted capability building seminars in my area of jurisdiction and attended seminars and workshops related to arts and culture.

As the head of the Iloko/Bago cluster I had the chance to bring delegation to Tagum and Davao for the celebration of the Dayaw Festival of Indigenous Peoples. I was able to meet different groups of indigenous peoples of the country which is about 110.

For my charity works, I brought the Kids on Project Photography to a trip to a Sunday market in Laoag City and a Pamulinawen Festival exposure. The kids were so inspired to pursue their interest on photography. Something very fulfilling on my part was the spending time with the children of the Missionaries of Charities in Manila to celebrate my birthday meaningfully.

International trips I made were in Victoria, Australia where I was hosted by a college friend and toured me around and got a close encounter with kangaroos, koalas and other animals. Set foot in the south and the north of New Zealand doing the backpacking thing where I visited a Maori village and the earthquake devastated Christchurch.

Penang & Malacca were the two cities that I visited in Malaysia. They are both declared as UNESCO World Heritage Sites. I saw Jakarta of Indonesia and Hong Kong, Macau, and Beijing of China where I have seen the Great China Wall and the Peking Opera. My trip to Mongolia was very special because of the best cultural experience. I have seen the Nadaam Festival where archery, wrestling and horse racing were showcased. It cannot be denied that it’s a big event with so much to see. 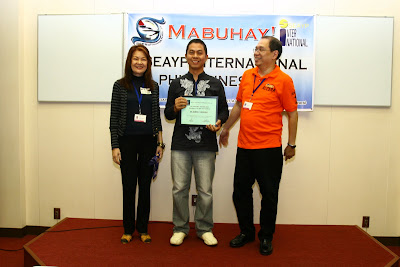 The yearender travel was in Guam with some family friends and meeting old and new local friends who toured us around the island. We had a dinner with Polynesian show at one of the hotels and that was fantastic. However, the New Year’s Eve celebration was boring in the island for it was so quiet. Nevertheless, the trip was very good.

I received a good response from the public of my book Around the Americas in 60 Days. Orders from abroad were made because they have seen me and the book featured in an interstitial on ABS-CBN The Filipino Channel. It was almost four months aired worldwide and my friends were surprised to see me on TV.


The big blessing I received for the year was the National Award for Excellence in Arts and Culture given by the SSEAYP International Philippines, an alumni organization for Japan exchange program. The board has recognized my efforts in the said field especially appreciating my activity for the kids at the orpahages where I conduct photography lectures and workshops for the Kids on Project Photography.
Posted by Edwin Antonio at 5:22 PM