Tanap Avis: A Waterfalls that Dazzles

Last Sunday, my colleague Alaric Yanos and I went to the beautifulTanap Avis Falls in the town of Burgos in Ilocos Norte. We have planned it for a long time but there was little water in there as reported by our source. However our visit was a good timing since the water was huge attibuted to the rains in the last storm that hit the province. 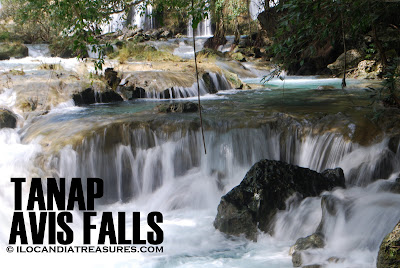 We took the GMW bus early at half past 5 in the morning then arrived after an hour. We took a tricycle going to Brgy Tanap. The regular fare is 50 pesos one way. Our ride had to cross river water and rough road. Then the driver pointed us which path to take. It was so accessible that you just have to follow the easy trail and youll be walking along an irrigation canal. 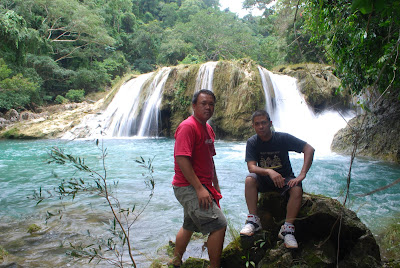 It was cool to be there before 7am. We saw various plants and insects. We saw the colorful centipedes along the way. We saw big dragonflies of red and black colors. When we were approaching, we can hear the beautiful sound of rushing water. It was so awesome to see and watch the waterfalls. There were deep basins of water, huge rocks and stones. 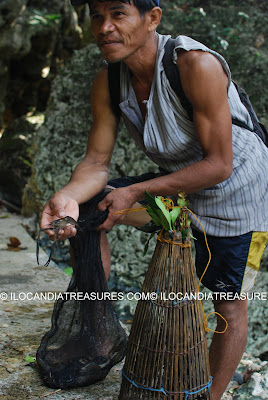 We saw some butterflies flying over the waters. I saw a group of white butterflies and another batch of yellow butterflies. They land on a part of the water and obviously zip water. Macrophotography is so applicable to the site since there were lots of small creatures that can be used as subjects.

A few minutes when we arrived we saw a fisherman who harvests from the tiny fish cage traps that he installed in strategic locations. He caught some fresh shrimps and looks so yummy. We interviewed him for a while as he explains how he does fishing. 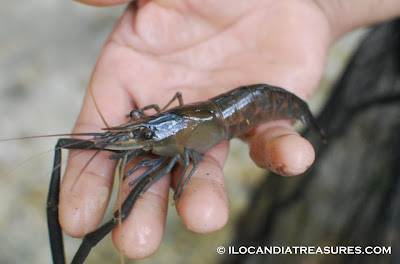 We walked further and we reached the second layer of the waterfalls. I took a dip and enjoyed the fresh, clean and cool water. It was like having a jacuzi where the pressure of the falls massaged my body parts. I climbed and explored the waterfalls on the top area and there I saw the river that flow continuously. We were told that it was the only second layer and the last layer was still to be found farther and with difficulty. Anyways, we can still come back to explore some more of this waterfalls. I hope to be back to commune with nature and appreciate its value and be more responsive to protect the environment. Truly a dazzling waterfalls.
Posted by Edwin Antonio at 7:54 AM

enchanting waterfall... thanks for this post I hope I can visit this place soon.