I encountered on the net that this week is the National Book Week in Australia. I was reminded that I attended the World Book and Copyright Day in Quezon City sponsored by the National Book Development Board and the Intellectual Property Office. 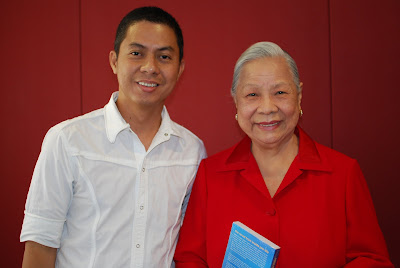 World Book and Copyright Day is celebrated yearly every 23rd day of April. This is the day when the author Miguel de Cervantes died and declared as such to give him the honor because he was the famous Spanish novelist who wrote Don Quixote. He was also a poet and a playwright. This is also the date of death of English poet and playwright William Shakespear. This also coincides with Catalonia festivals. This International Day of Book was first celebrated in 1995. It is organized by UNESCO to promote reading, publishing and copyright. 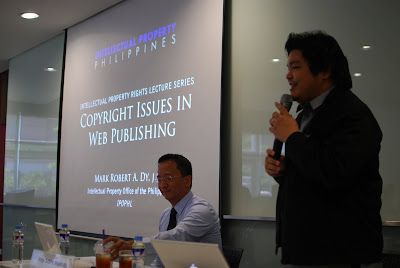 Buenos Aires was declared as World Book Capital for 2011 because its establishment of “Tower of Babel of Books” which was composed of 30,000 books from around the world in different languages. The books were donated by 50 countries that include Philippines which sent Noli Me Tangere and El Filibusterismo which became part of the art installation. 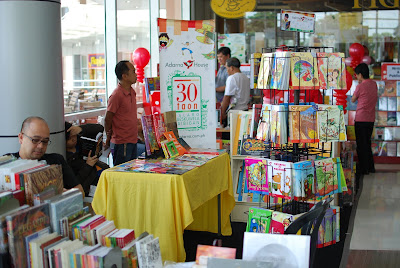 The celebration for the Philippines was held at the UP-Ayala Land Technohub at Quezon City. It was a one day event. I was able to exhibit my book Around the Americas in 60 Days in the mini book fair and lucky to have sales. The mini book fair was participated by two book store outlets. There were publishers, authors and bloggers who were invited to be resource speakers during the event. Mrs Socorro Torres, general manager of the National Bookstore was the keynote speaker during the event and she delivered and inspirational talk. Copyright lawyers were there also to talk on the importance of copyright and a forum was made. There was an interesting topic discussed during the event and that was “The Making of a Bestseller: What Sells and What Does Not”. I became interested of it because I have my book to sell. 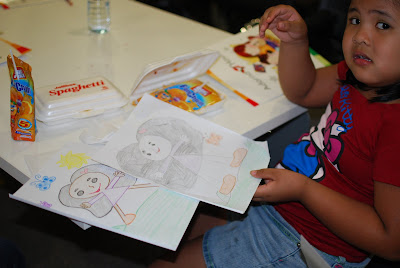 A book illustration workshop was conducted by Adarna publishing house with a group of children. At the end of the program there was a film screening and an independent film was featured. The title of the film was Mondomanila.
Posted by Edwin Antonio at 7:48 AM