The National Commission for Culture and the Arts (NCCA) called the representatives of cultural communities in northern Luzon on July 19, 2011 at Intramuros Manila for orientation meeting and election of officers. 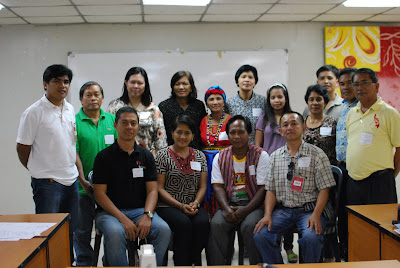 In the morning session there was the election of officers for the clusters of Iloko/Bago, Bolinao/Pangasinense and the Tagalog/Kapampangan.

The head of the 15 clusters will serve as members of the Executive Council of the National Committee of Northern Cultural Communities (NCNCC) for a term of three years.

The elected head of the committee is Mr. Francis Degay, vice head is Mr. Antonio Cayyog, and the secretaries are Dr. Edwin Antonio and Vice Mayor Ann Viola. The following are the cluster heads: