On the eve of our climb last April, Redemptorist prelates Fr. Ricky Acero, Fr. Geovanni Quibol, Fr. John Michael Salatandol, Fr. Columb Meany, Fr, Brian Espejo, lay missionary Ms Mai Sapinit and myself had a meeting regarding the climb at the living room of Fr Senen Javier at the Redemptorist convent in Davao City. Fr Ricky and Fr Geo explained to us what to expect at the trail and at the peak. It was now their third time to climb the said mountain. Fr. John gave us the trail foods. Each of us contributed a very minimal amount of money for the trek. We got even exempted from the entrance fee because our company was going on a religious mission up the peak. 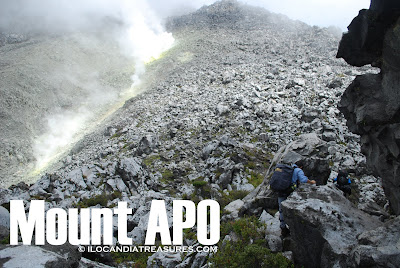 We were about to leave Redemptorist Convent at 4:30 in the morning but we were delayed because the butane supply could not be found at the dining area. Some people were asked but they did not see them. So we went out to look for hardware shops that we can buy butane. However, all the shops were still closed. 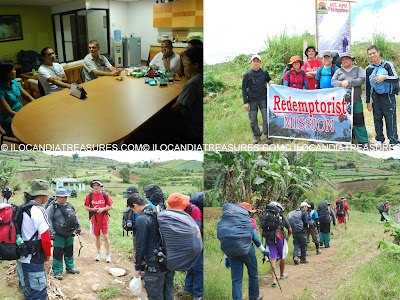 We headed then to Digos City where we tried to ask some shops for butane but to no avail. Lucky that our guide/porter Winnie and Jun had at home four canisters of butane. We took our breakfast at their house.

We commenced our climb from Kapatagan at Purok Mainit. We started at past 10am then we reached our base camp in Godi-godi at 5:30 pm. We spent seven hours trekking on vegetable plantations, muddy trail and inside the dark forests. We passed by some logs where we have to pass through some of them crawling underneath. 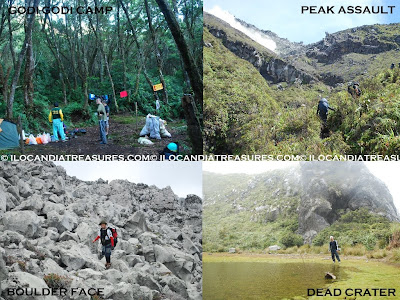 We cooked our dinner at our camp at went to sleep. The following day, we woke up early and we saw the sunshine beaming on the foliage of trees. The trees were high and mossy. We had our coffee and breakfast and broke our camp later. 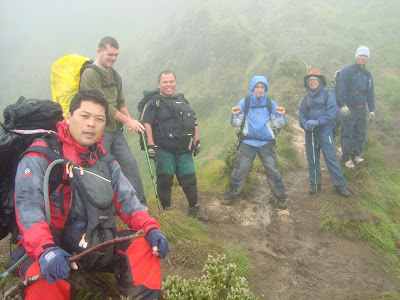 We started to take assault of the summit or peak passing through the boulder face. From Godi-godi camp, we stepped on to many rocks and stones which might be difficult for some but it was enjoyable for me because of the beautiful sight. I have to step up and down and take a lot of balancing. We saw a smoke or steam coming out in the midst of boulders on one side. This is what they call soltafaras or fumarole which emits sulfurous gases. Getting closer we saw yellowish rocks which emits sulfur dioxide. It really gave a nice photographic view. 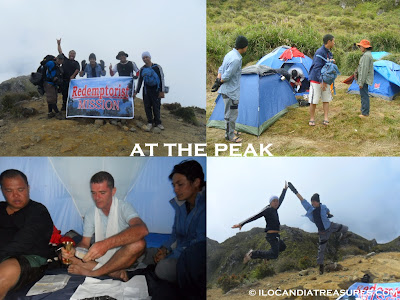 Upon passing through the boulder face, we reached a point where we saw the dead crater. What a fantastic view in here. Theres a shallow water in which the high rocks reflects on it. We had a photo op here.

Just a few more steps or climb, we reached the summit of Mount Apo. This mountain is the highest peak in the Philippines with an altitude of 2, 954 meters or 9,692ft. Its name Apo denotes ancestor or it is called the Grandfather of Philippine Mountains. It is a large soltafaric and potentially-active stratovolcano.It has a flat top with three peaks capped by 500 meter wide volcanic crater. The peak overlooks Davao City to northeast, Digos City to the southeast, and Kidapawan City to the west. 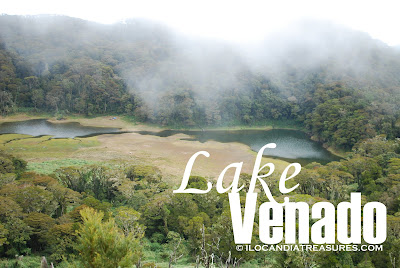 We settled on a camp below the peak but it rained so hard at an instant. It’s good that our guides had already fixed our tents before we came in. Our guides were able to seize the small cave we used for our cooking. The rain stopped for a while and rained again. So the priests decided to hold the mass inside the tent. Fr. Coulumb Meany celebrated the mass. Each one of us did some sharing. We expressed the feeling we felt in reaching the summit of Mount Apo. It was such a remarkable feat. We have endured all the obstacles along the way. 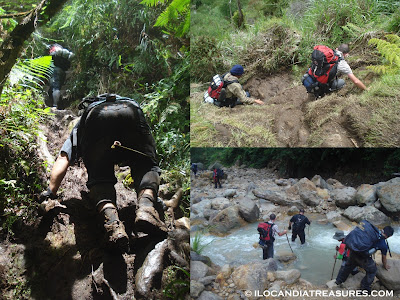 After the mass, we finished the mompo. Then we had dinner at the cave. It was windy in the night and it was still drizzling. The early morning was chilly one. It was so foggy. We took our breakfast before we headed for our descent.

We went down but the trail was so muddy and slippery. We spent some time to go down and reached a beautiful site of the Lake Venado. It was incredibly wonderful. You would think that overlooking it was already close to it but it took more descending steps to make before getting to it. 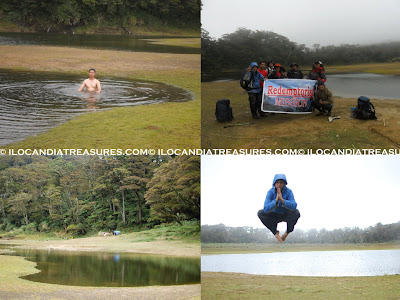 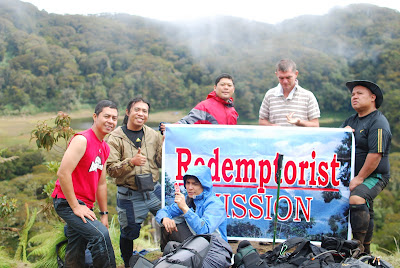 After a break in the lake, we continued trekking for some more. We had to pass through again forest the crossed several parts of river. It was really such a tedious trekking. 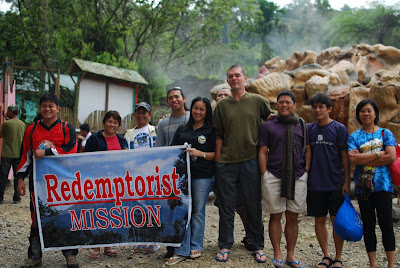 Then after ten hours of trek, we got off to Kidapawan where we took a bath in the Agko natural spring. What a way to end our moving legs. We were served with a hearty dinner then we had jamming with some Kidapawan friends of Fr. Brian namely, Joan, Ian, April & Dr. Anthony.
Posted by Edwin Antonio at 6:23 AM