Ablan Day is celebrated August 09 of every year. It is a non-working holiday throughout the province of Ilocos Norte by virtue of Republic Act 6941 which recognizes the occasion as a tribute to the undying love of the late Governor Roque Ablan, Sr. for his country. 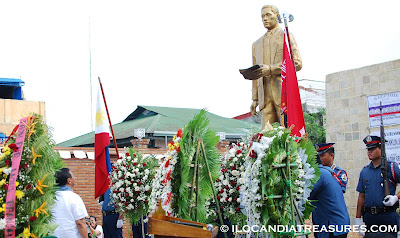 Ablan is considered as patriot and a World War II hero. He was elected as governor at age 31 and the youngest provincial executive of his time. He was the incumbent governor of the province prior to the grim war in 1941.

Vice-President of the Republic of the Philippines Jojomar Binay was the guest of honor and speaker during the celebration of the 105th birth anniversary of the late governor. 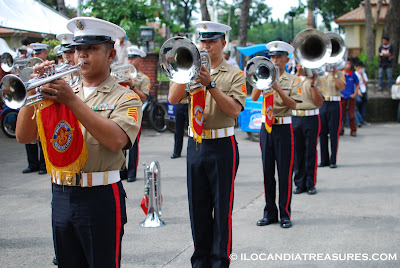 The highlights of the celebration were the wreath-laying ceremonies at the Ablan Shrine led by no less than the Vice President Binay, the conduct of civic parade led by students of the different universities and employees of the various local government units of the province and a program infront of the capitol where Congresswoman Imelda Marcos and Ilocos Sur Governor Chavit Singson made short speeches before the crowd. 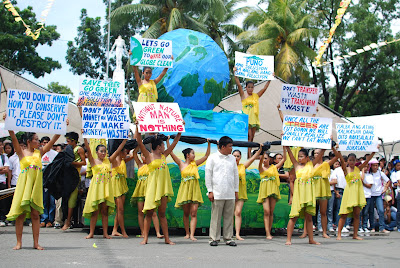 Dance performances were rendered by groups of students depicting the core values of the Ilocano leader and a finale of the exhibition of the Philippine Marine Corps.
Posted by Edwin Antonio at 5:24 AM