With the request of Governor Imee Marcos for possible materials necessary for a photobook project, my colleague in photography Andie Lamug and I went to cover and document the last batch of tobacco curing in the town of Pinili on June. We were lucky to have had the good timing for the rainy season was about to set in. 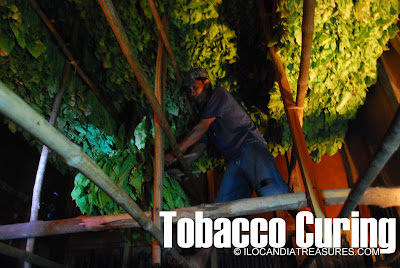 We were even luckier to have met a family who was so accommodating. They generously posed for our pictorials. Andie set the lights and other materials necessary. They had shown us and explained to us the procedures on tobacco processing but we mainly focused on the curing. 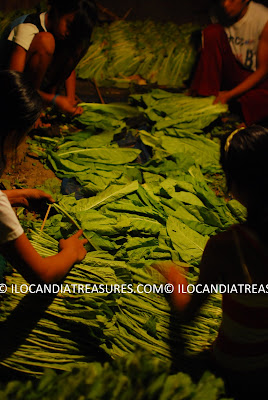 They harvest the leaves of tobacco with the term stripping or gatud in the Ilocano dialect. They start from under layers of the tobacco with huge sizes of leaves. They become smaller towards the tip. What we have seen were the smaller leaves. They were all collected and placed altogether in the barn. We started our documentation at this stage.

The children of the family were incharged of pricking meticulously the leaves one by one with a bamboo spoke to group together and be able to hang them. This stage is called the panagtudok in the vernacular. The young teens were happy doing the chore with some chitchat. 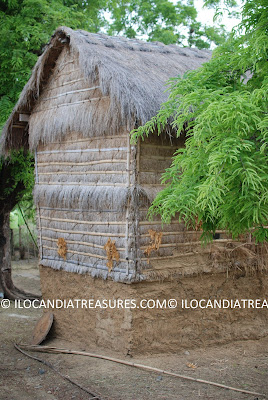 The father came into the scene and he hung all the bundles of leaves at the kiln or pugon. He had to climb and started to fill up the topmost part until it got full down below. There was galvanized pipe that goes around the corners of the kiln and that when the hardwood was set into fire from the side of the kiln it gave a burning temperature inside that will enable to dry the leaves in about three days. 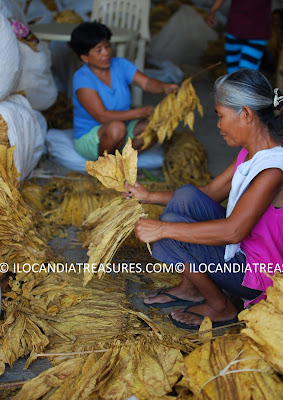 Fire-cured tobacco is hung in large barns. It is where fires of hardwoods are kept on continuous or intermittent low smoulder and takes between three days and ten weeks, depending on the tobacco. This procedure of fire curing produces a tobacco which is low in sugar and high in nicotine. The chewing tobacco, pipe tobacco, and snuff are fire cured.

It was really a tedious task to cure leaves but with a photo shoot like this, they enjoyed every moment. They sell their dried leaves to a middle man who does the redrying and we were able to see loads of dried tobacco leaves in a warehouse in the town and can smell the aroma of tobacco.
Posted by Edwin Antonio at 5:53 AM