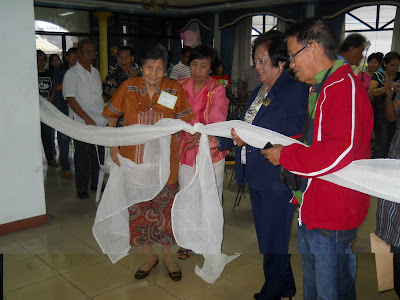 The said exhibit featured the lovely images of the Ilocandia's treasured heritage, culture and landscape. It was launched on May 27, 2011 and lasted until May 29, 2011 at St. Nicks Function Hall in the town of San Nicolas Ilocos Norte. 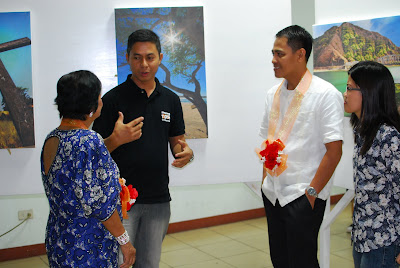 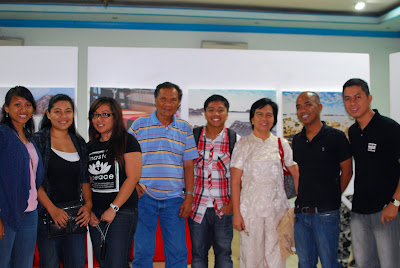 The exhibit was formally opened by Dr. Dedicacion Agatep-Reyes, wife of the Iluko literary icon Dr. Godofredo Reyes and Mr. Peter Julian, Bukaneg awardee. They opened it by unique way of untying the riboon.

Dr Edwin V. Antonio, president of The Ilocandia Photographic Society was there to introduce the photo exhibit and his group TIPS to the delegation. They were amazed to see the photographs printed on canvas. They appreciated very much the show and some of the prints were sold on the very first day.
Posted by Edwin Antonio at 8:27 AM