The Tinggians is a group of indigenous peoples based in Nortwestern Luzon. They are also called Itneg because they live near the Tineg River. Other terms used for their names are I-tineg, Tinguian, Itinek, Tinguianes, Mandaya and Tingian. They reside in the provinces of Ilocos Sur, Iloilo and greater concentration in Abra. 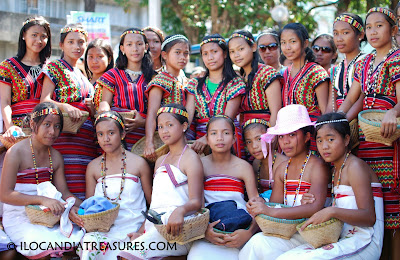 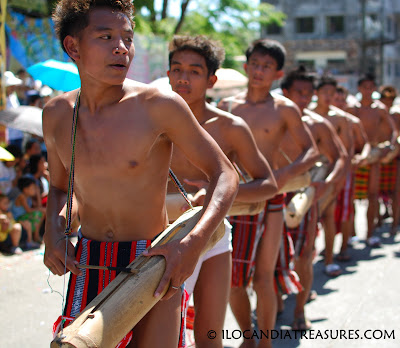 I found out that there are subgroups for these IP people. They have subgroups Adassen, Masadiit, Inlaod, Binongan, Aplai, Banao, Gubang, Luba, Maeng, and Balatok. When I joined the Kawayan Festival in Abra recently, I met this group. I saw them partcipate in the parade. They were singing an ethnic song accompanied by the beat of patpato as played by the boys. When I interviewed them they specified that their group is Tinggian Masadiit.

Posted by Edwin Antonio at 5:57 PM