We were given a visa like coupon before we crossed the Mekong River. It was the one given instead of a stamp on the passport since they don’t have an immigration office there. We paid around 400 baht for the boat ride and we were taken to this small village called Donxao or Done Xao. 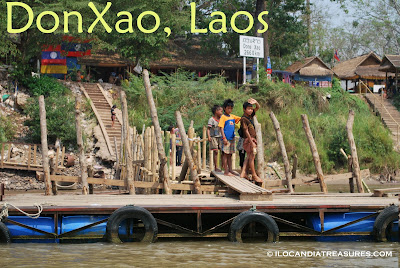 It is a big island in Mekong River in the territory of the Bokeo Province of Laos. It has an area of 38 hectares situated near the golden triangle sites where Laos Thailand and Myanmar borders meet.

Bokeo is a mountainous province popularly known for its sapphire mining industry and it’s a home for large number of ethnic minorities of Laos. The country is officially called Lao People’s Democratic Republic and it is a socialist republic. It is part of the French Indochina since it was colonized by France and gained its independence on July 19, 1949. It has a total population of 6.8 million as of 2009. 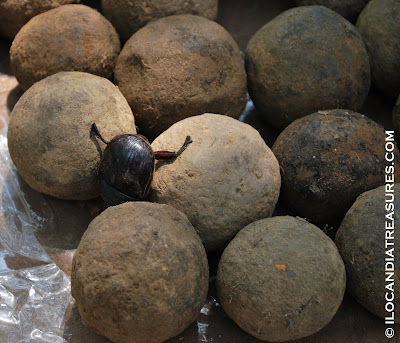 I have visited its capital Vientianne in 2007 and saw my local friends there. I did not expect that I can see Laos for the second time but it was just at its border. From the boat we are riding, we saw some local people waiting for guests. I have seen the flag of Laos and took my picture with it. There were stalls that sell their wares in the area. I have seen a family that sells rolling dung that when they crack a grub or larva of beetle comes out from it. It’s a delicious exotic food they say. 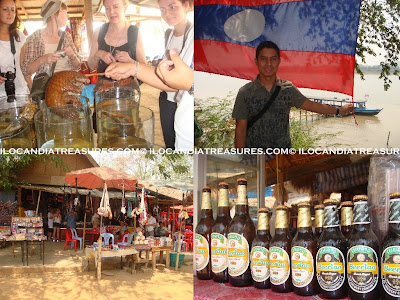 Our tour guide showed us varieties of alcoholic drinks from its popular Laos beer to the wine with submerged animals in it such as turtles and snakes. He scooped some wine for us and I have tried drinking it. It’s the same taste like wine.

There were handicrafts being sold in other stalls such as bases, textiles and decorations. The prices are much cheaper here compared to Thailand. One can also haggle with the prices. After an hour of visit which was really a quick one, we headed back to the Thailand border by the same boat.
Posted by Edwin Antonio at 6:27 PM