The Golden Triangle of Southeast Asia

From Chiang Rai, we proceeded to the Golden Triangle. This is where the borders of the countries Thailand, Laos and Myanmar converge or they call it the junction. The province of Chiang Rai as the northernmost part of Thailand is being bordered by the Shan State of Myanmar and Bokeo of Laos. It also designates the confluence of the Mekong and Ruak Rivers. It has an area of 367,000 square miles with the mountains of Thailand, Laos, Myanmar and Vietnam overlap. 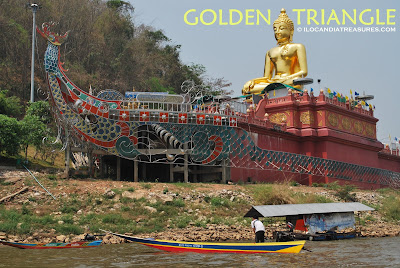 We paid fees at the tourist office then we boarded a boat and headed to the border of Laos. On the side of Thailand, there is giant golden Buddha that we saw. Many boat ferries were on standby. 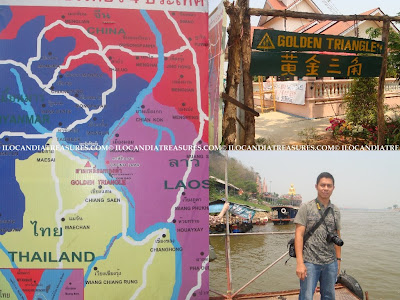 While crossing the river, our tour guide told us that this Golden Triangle is one of Asia’s main illicit opium-producing areas. This was an unsafe area because of the drug smuggling across the borders. Most of the opium and heroine were produced in Myanmar and were transported to Thailand-Burma border and distributed to towns in Northern Thailand down to Bangkok.

This area now is being promoted by the Thailand tourism as one of destinations of their guests.
Posted by Edwin Antonio at 8:32 PM