A Climb to the Kibungan Mountain Range

As early as the first week of the New Year, we embarked on a climb to the mountain range of Kibungan in the province of Benguet. What a great way to start the New Year! The Laoag Mountaineers Club headed by Bishop Sergio Utleg with members, Mai, Jay, Coleen, Amy, Fr. Vic and Fr Alex together with other climb groups namely Ayala Mountaineers, Sokisok and One Degree, we went up to the Cordilleras via the Bessang Pass. 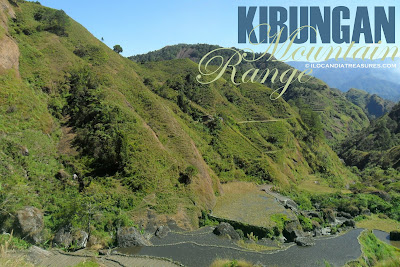 It is a historic site where the Battle of Bessang Pass took place located in Cervantes Ilocos Sur. It is where the first Filipino military victory achieved during the World War II against the Japanese imperial forces. We dropped by at this point for some photo ops. 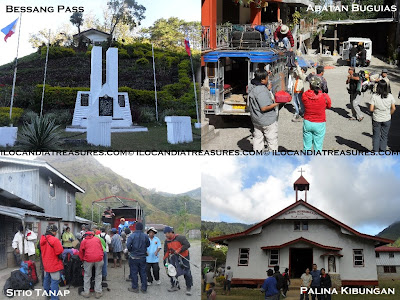 We stopped at the church of Avatan Buguias and we’re treated to snacks. We transferred to a jeepney that took us to Gambang, Bakun and Palina, Kibungan communities where we had fora on mining issue. We were treated to a lunch and series of snacks composed of native food. 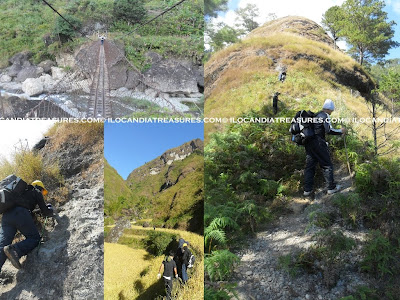 Kibungan is a town in Benguet known for its unique grand mountains. It was even mistaken to resemble that of Switzerland not only of the mountains but also the climate. It has an elevation of 2500 meters above sea level. Coolest months are December and January.

Because of time constraints, we had to stay overnight at the Kibungan Convent and Chapel adjacent to the municipal hall. Early as 6am we headed to the jump off point at Sitio Tanap riding a big truck. It was a one hour ride to the place. We then started the trek passing through rice terraces. We passed through hanging bridges, rice fields, hills, small valleys, plateaus and mountains. We even had a rock climbing. There was a portion where steps were made on a mountain rock with steel bars or railing to hold on to but still looks stiff. We saw cliffs and ravines. 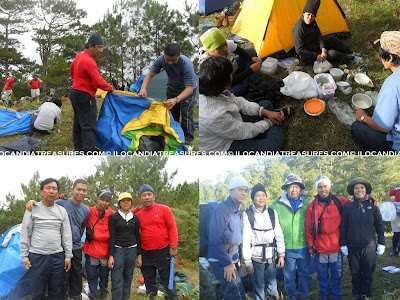 We reached our base camp at Mount Bulalakaw after seven hours of trekking. Some of our members even went up to Mount Oten. We put up our tents while we assisted some of our members who came in late. We had our respective groupings and started to cook our dinner. I was tasked to fetch potable water from the river together with the guides and took the chance to take a bath. The water was cold perfect to douse my body, take off the sweat and dirt and freshen up my self. This was also a big help in acclimatisation. 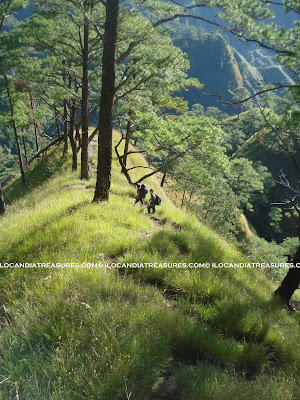 After taking dinner with my group, we had a bonfire set up by the guides and porters. I had a nice conversation with the guides. I had asked the ways of life the people have living in the mountains. They said that people are strong to come down and up to their houses in the mountains. They started when they were still young. It’s just usual for them to do the hike. I had also asked them how they transport person who is having emergency situation. According to them, they had to place the person in a blanket and tied in a pole. Bayanihan spirit is being observed during crisis. We have discussed also how they bury their departed loved ones. Some of the locals would still choose the way of mummification. They leave the corpse in a cave. The guides told me that there was a nearby cave where you can see mummies. I have seen too how they transport a native pig to downtown and I took a photo of it. 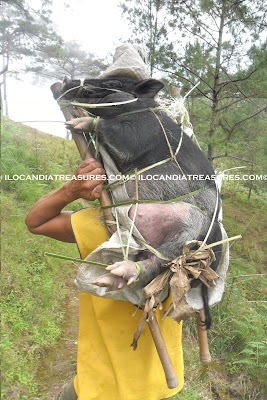 It started to get foggy in our base camp after 5pm, eventually after waking up early in the morning I saw my tent and other tents wet, full of dews. We really experienced a cold night. After taking our coffee and breakfast, we broke camp. We trekked down the mountains. I and Mai together with our guide did a clean up drive at one of the area. 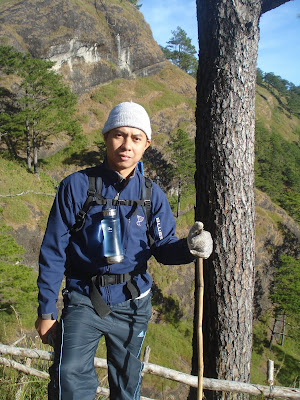 What fascinated me most in this climb was the harvest of rice by some old folks we passed by. We spent 5 hours coming down to the jump off point in Sitio Tanap. One by one arrived as we ate our packed lunch.

We proceeded to the town hall of Kibungan to transfer to another ride towards La Trinidad and had a dinner at one of the convents. It was a chilling temperature when we departed for Ilocos This was another exciting climb but could be rated as 5/10 about its degree of difficulty.
Posted by Edwin Antonio at 8:58 AM

Congratulations for that meaningful climb, not just for pleasure alone, but for in solidarity with nature...and for the indigenous people fighting for an urgency to defend their land and resources against imperialist plunder..

Thank you. Yes you are right. Hoping to do another meaningful climb. All the best!