The grand parade of Pamulinawen Festival is a showcase of small and big floats from different towns of Ilocos Norte, barangays, business establishments and schools in Laoag City. With these floats are their muses and queens waving to the crowd. These are participated in by some local beauty queens and from the state of Hawaii. 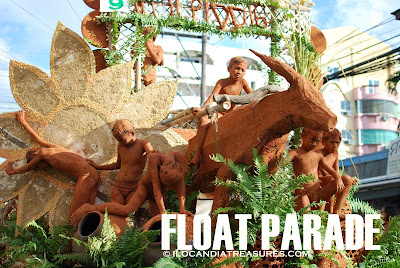 This grand parade in Laoag is a showcase of the creativity of Ilocanos and it’s by open invitation. Most of the floats were decorated with flowers, plants and of course the indigenous materials that the winners made them win. There were miniatures of Ilocano equipments and ornamens paraded such as the dadapilan, burnay and others. 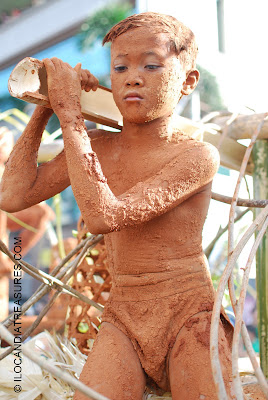 I am happy that the float that won on the small float category was from the town of Solsona. It’s the same float we judged as the best one when I was invited to their Gameng Festival recently. I was impressed with their float because it was made of hay, bamboos and other indigenous materials. There was even the carabao’s horn and the cap made from the skin of a vegetable called tabungaw. 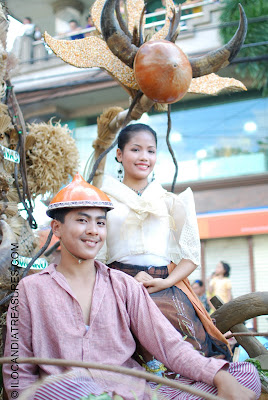 The big float winner is the float from Piddig. They depicted their basi production in their town. It’s a sugar plantation with children in mudpacks. The boys were arranged dramatically. At first glance, I thought they were not real. This float wowed the crowd and took home the grand prize. 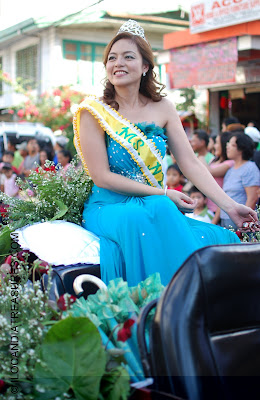 Posted by Edwin Antonio at 4:01 PM