It’s Pamulinawen Festival once again in the City of Laoag. One of the highlights of the festivities is the dulang food fair. Every year I make it appoint that I attend to this event. It’s an exciting one that you don’t just sample the food but be able to learn something about cooking and the Ilocano culture. They have a theme for each year and this time was lubi-lubi or intayon makilubilubi. 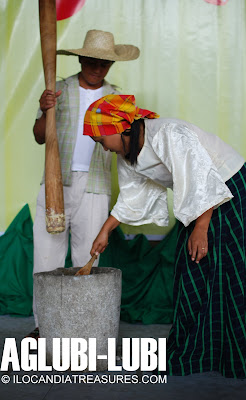 Aglubilubi is part of the tradition of the Ilocanos where a group of teens or adults converge to do lubilubi. They take with them new friends and introduce to the group. They do lubilubi as a bonding session. Each participant shall bring his or her contribution for the lubilubi such as the ingredients for it. One may bring boiled bananas, condensed milk, grated coconut, margarine and sugar. Of course, it won’t be complete without the alsong and al-o or mortar and pestle to pound the ingredients. 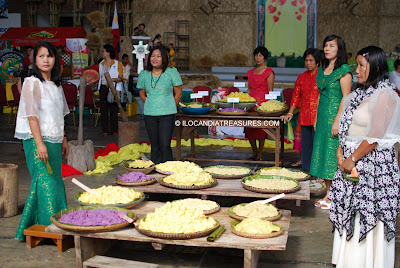 The boys are the ones in charge of pounding while the ladies put in one by one the ingredients. Everyone participating shares light moment with the group. Most of the times, this is the opportunity where love blossoms among couple friends and they court each other by following it up with tapat or harana (serenade). This is a very interesting theme but a tradition that was gone. This is no longer done today because of the influence of modern lifestyle. I would advocate for the preservation of this culture. 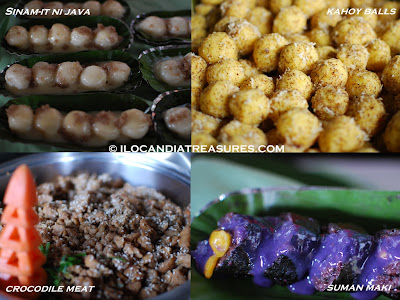 I was surprised that lubi-lubi products ranged from various ingredients. There is mongo seeds with glutinous rice and grated coconuts and were pounded together. Cassava or balanghoy, ube, sweet potato, rimas, taro, togue and others can be used as a base ingredient. 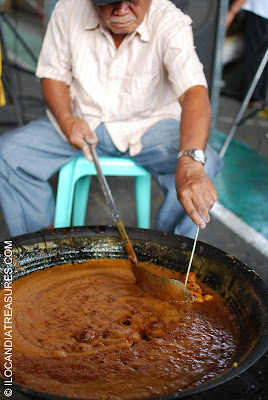 Many restaurants have participated in this event. Dulang means table and this is where the name of this food fest was derived. Each participant has laid down their most valued food in the table to offer to the public for tasting. I was able to sample the best desserts of Java Hotel called suman maki with glutinous rice, ripe mango strips and wrapped in nori sheet topped with luscious ube sauce and the other one is sinam-it ni java, glutinous rice with filling of yema topped with coconut crème sauce with milk and sprinkled with ladek or latik. 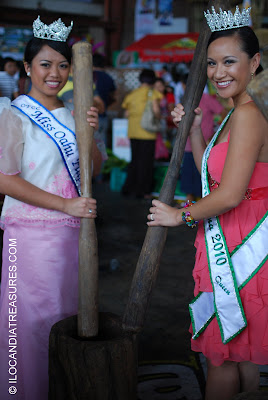 I have seen crocodile meat offered by Croco Restaurant, malunggay products such as pretzels, noodles, sticks, and polvoron. There was also agkalti of tinudok which I ate and sugar cane juice. There were other dishes offered such as miki, arrozcaldo and many others. There was a performance by a group of children and two beauty queens from Hawaii graced the event namely Shanette Kalani Diaz, Mrs Hawaii Filipina 2010 and Marnelli Joy Basilio, Ms Oahu Filipina 2010.
Posted by Edwin Antonio at 8:33 AM

It was so nice meeting you Edwin! Would you be able to email me the pictures of me and Kanani?
Wonderful blog post! I'm still trying to catch up on writing and posting mine. All the best to you!

Likewise Marnelli. Sure I will. Thank your for your comments. All the best!

Aloha Edwin! It was a pleasure meeting you in Laoag city. It was an amazing trip...my only regret...I didn't see your blog sooner! All my best to you! Kanani Dias, Mrs. Hawaii Filipina 2010

Aloha Edwin! It was so nice meeting you and being a part of the Pamulinawen Festivities! I am looking forward to another trip to Laoag again soon! Thank you for your hospitality!

Hi Ms Kanani, it was nice meeting you. It was a pleasure featuring you on my blog. Hope to see you again! All the best!

Aloha again Edwin! Please feel free to check out my blog and share with your friends!
http://mrshawaiifilipina2010.blogspot.com