The Kalinawa Art Foundation and the Provincial Government of Ilocos Norte have recently held an Indigenous Peoples’ Vistual Art Exhibit in Laoag City. This project has the objective of promoting the talents of the indigenous peoples and to celebrate culture. 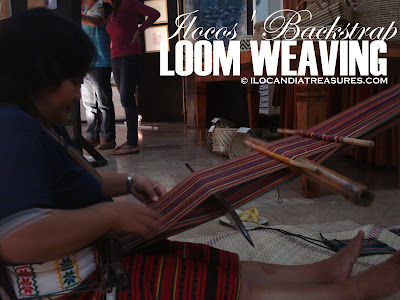 Most Rev. Sergio L. Utleg, D.D. (National Chairman, Commission on Indigenous People of the Catholic Bishop Conference of the Philippines), Hon. Imee R. Marcos (Governor, Province of Ilocos Norte) and Mrs. Raquel Palma Gil (KAF Executive Director) officially opened the exhibit by cutting the ceremonial ribbon. Prior to this, they each delivered their messages to participants and guests.

Participants in the exhibit were indigenous peoples of Adams and Nueva Era. Some young IPs displayed their art masterpieces. Colorful paintings with interesting subjects were posted on the panels. Handicrafts also were shown during the exhibit. 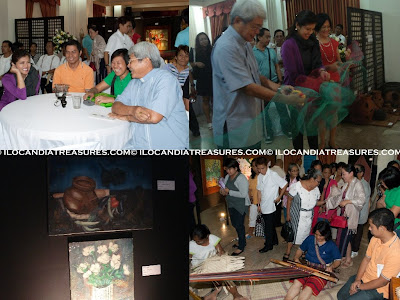 There was even a demonstration of the backstrap loom weaving by an IP from Adams. This is now very rare to see According to her, she was thought to do it by her mother. It’s only her and her sister do this weaving. I suggested that they have to train young girls to do this and pass it to the next generation. The only problem they have is procuring materials and they are expensive. I was reminded of the same weaving I have seen from a museum in Washington DC where a Guatemalan lady demonstrates weaving Mayan textiles for the tourists.

Basket weaving from bamboo materials was also demonstrated during the show. IPs from Nueva Era demonstrated this handicraft making. There were musical performances by the Indigenous Peoples. More of this kind of projects should be encouraged to promote their artworks.(Some photos on the collage are courtesy of Alaric Yanos)
Posted by Edwin Antonio at 6:18 PM