The province of Ilocos Sur has recently celebrated its Kannawidan Ylocos Festival. This year marks the province’s 193rd year based on the Royal Decree dated February 2, 1818 separating Ilocos Sur from Ilocos Norte. Prior to this date, the stretch of Bangui in Ilocos Norte down to Luna La Union is called Ylocos which is a term to refer to the coastal inhabitants. It literally meant “from the lowlands”. 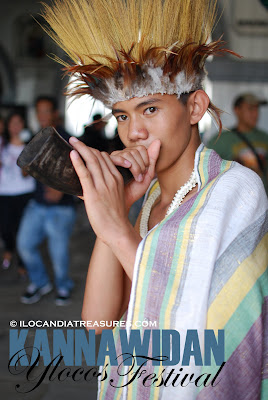 Ilocos Sur especially Vigan is branded as the Heart of Ilocandia by the Philippine Historical Committee. It’s a province very rich in culture and heritage. Kannawidan means traditions and this province got to showcase all what she has. On January 31 to February 6, 2011 several activities were lined up for the celebration.

There was the tribal performance of the cultural communities of Ilocos Sur which is so fascinating. They displayed their talents as well as their indigenous costumes. Partuat ken Patanor Trade Fair showcased the products of the province such as longanisa, bagnet, garlic, bibingka, tinubong and many other foods including handicrafts. There was even eating contests of these delicacies of Ilocos Sur as well as basi drinking contest. Traditional games were played and bingo as well. There were Sarsuela and Komedya Ilocana which were shown. Choir competition was also held. 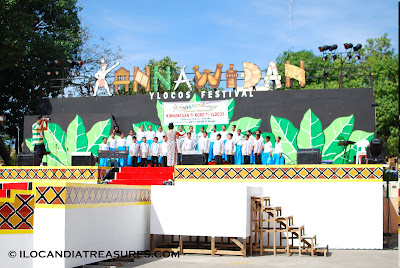 A battle of brains and beauty was witnessed during the Saniata ti Ilocos Sur pageant. Art exhibitions and competitions were also conducted. On the spot painting was done by the Saturday group from Manila while The Ilocandia Photographic Society put up its photography exhibit at the Archbishop’s Palace.

It was a fun-filled week of celebration of the Kannawidan Festival in Ilocos Sur.
Posted by Edwin Antonio at 8:51 PM