A Tupig Cook-off in Norte

One of the delicious native delicacies of Norte is the tupig. It is made of ground glutinous rice mixed with coconut gratins, sugar, and sesame seeds then wrapped in a wilted banana leaf. It is being cooked in a coal fire. They make use of small stones over a galvanized sheet to make the cooking even. 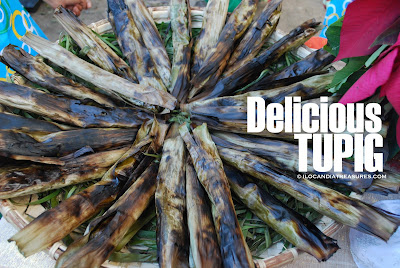 Last December, I was invited to judge the first ever tupig cook-off held in the town of Paoay sponsored by the Provincial Tourism Office. Entries came from each town of Ilocos Norte where they compete with each other. We thought that tupig tastes the same. We were surprised to learn that each town has its way of preparing tupig. Some use molasses instead of refined sugar. Some add in peanuts, milk, cheese and a big twist was the addition of gamet or the black seaweed from the town of Burgos. They cut the gamet into small pieces. That was innovative. I found the taste just fine. There was a balance of sweetness and saltiness. 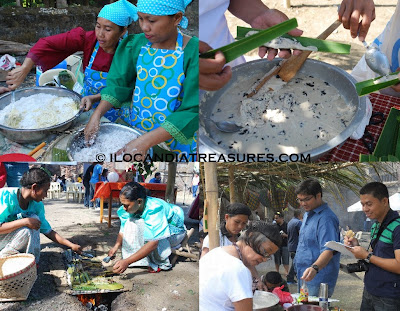 We judged the entries according to its taste primarily, the food appearance, and the orderliness and cleanliness of the cooking. After a taxing comparison of entries by the board of judges and the fed up of our palates because of several taste tests, we unanimously came up with the top three winners namely, Currimao, Banna and Paoay.
Posted by Edwin Antonio at 4:23 AM