This year was my third time to attend and witness the Gameng Festival of Solsona, Ilocos Norte. It was my second time to be invited as member of the board of judges for the street pageantry together with DepEd Education Supervisor Lloyd Rosquita, MMSU Chief of Socio Cultural Affairs Perry Dafun, Jr and NCCA culture and arts officer Lane Matthew Utitco. 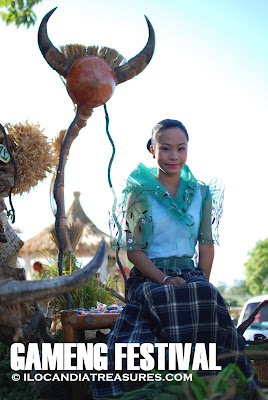 We were fetched from Laoag City. We paid a courtesy call to Mayor Joseph E. De Lara at his residence and hosted us breakfast. Then we rushed to the activity site. We have seen the various floats paraded around the town center. Most of them were made of indigenous materials showcasing their gameng or treasures. They were conscientiously prepared and very creatively done. 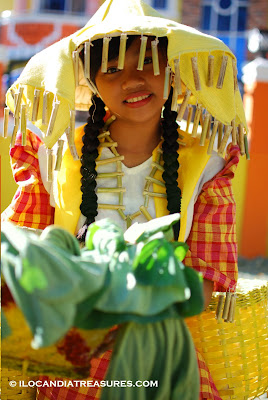 There were a total of 21 barangays who participated in the dance parade showcasing their abaludal dance steps. It is a folk dance taken from a fusion of the words aba as the root crop and daludal as the stem. This is a harvest crop in the locality. They portray the characteristics of a taro and depict the different stages of producing taro or gabi. Most of them were all wearing beautiful costumes incorporating the green and brown, the colors of taro. Each contingent has to stop and dance at the Solsona landmark for showcasing it to the judges. It used to be at the municipal hall.

Governor Imee R. Marcos was the guest speaker in the said event. She delivered speech expressing her joy over the holding of such festival. Afterwhich, the showdown had began. 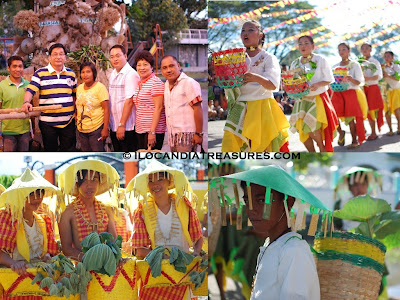 The last part of the day’s activity was the showdown of occupational dances from Region I. The same number of groups had performed with equally stunning costumes and props such as the loom and boats.

We announced later the winners. Barangay Darasdas came out as the grandslam winner in all three categories; float competition, street pageantry showdown and occupational dance.
Posted by Edwin Antonio at 8:12 AM