Reopening of Malacanang of the North

On the very first day of 2011, the Malacanang of the North was reopened to the public after its management was turned over to the provincial government and underwent refurbishment. 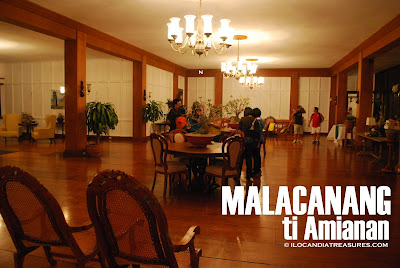 Baro a Rubuatan was the title of the New Year’s celebration in the said landmark of Ilocos Norte. This was a huge fanfare where there was free dinner and followed afterwards by a great entertainment show by the Paoay Lake. There was a lighting up of a big bonfire, fire dancing, modeling show, rock concert and the finale of fireworks display.

Macanang ti Amianan is one of the rest houses of former President Ferdinand Marcos built during his 20 year rule. It’s actually former First Lady Imelda Marcos who spearheaded the construction of this building as a gift to her husband as he was turning 60 years old. 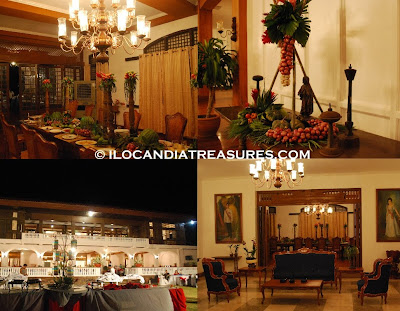 The construction began in 1975 and completed in 1977. This two-storey mansion sits on a 5-hectare property. The design of the house has both the mixture of Spanish and Ilocano influences. The ground and second floors have each grand living room where the guests are being entertained. The palace has two dining rooms. It has a beautiful grand staircase that compliments the grand living rooms.

As I took steps to the staircase going up to the second floor, I saw many improvements. There was even decoration of vegetables and fruits turned into centerpieces displayed on tables. It has a total of nine rooms with expansive verandas. I saw the room of Imelda with her new framed photos displayed. It is so romantic to check and laze around the veranda at second floor where you can take a sight of the magnificent Paoay Lake.
Posted by Edwin Antonio at 7:23 AM