A Dinner with the US Ambassador

On December last year, I represented my company in the invitation made by the United States Ambassador Harry K. Thomas, Jr. for a holiday garden party held at the US Embassy Residence in Camp John Hay in Baguio City. 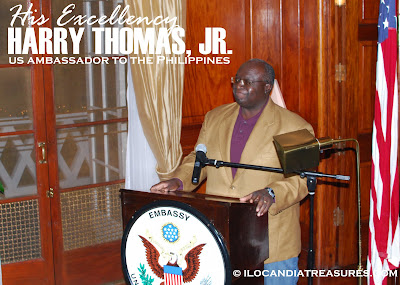 This was a rare opportunity and honor to meet in person the US Ambassador to the Philippines, the alter ego of the US President. Ambassador Thomas has served as Director General of the United States Foreign Service before his present appointment. His Excellency has also served as US Ambassador to Bangladesh in 2003-2005. He also served in the White House as the Director for South Asia at the National Security Council from 2001-2002. He has earlier postings that include service in the US Embassies in New Delhi, India, Harare Zimbabwe, Kaduna, Nigeria and Lima, Peru.

He was born on June 3, 1956 at Harlem, New York City and a graduate of College of Holy Cross and pursued further study at Columbia University.

The Ambassador’s Residence in Camp John Hay was the former High Commissioner’s Residence, the American authority during the Commonwealth interim period. The construction of the buildings in Baguio that included one in Manila had a budget of US$750,000. The Baguio summer residence was built on 78-acre parcel on a portion of Camp John Hay and was finished in 1940. This has been the site of some major historic events and visited by several famous Filipinos, American and other foreign dignitaries. 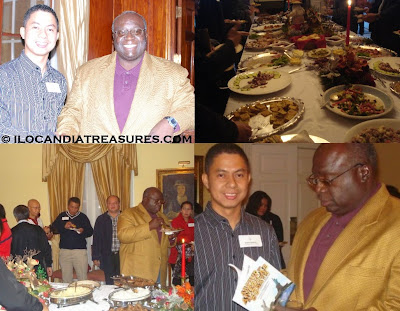 I took a taxi at Burnham Park to Camp John Hay. I alighted at the gate of the US Embassy and the security guards requested to present to them my personal invitation card. Later, I was requested to ride on a coaster parked at the gate as we waited for the go signal from the Ambassador. Some invitees also arrived. Then we went in. We were received by the staff members and registered later.

We were then led to the garden and it was starting to build up some fogs. Everyone was offered drinks. Then I started meeting some of the invitees. I met people from the church, the academe, NGOs, from politics, military, businessmen and many others from various sectors. Then the dinner buffet was opened. There was sumptuous food prepared on the table that includes meat, vegetables and bread. They had cakes, salads and fruits for desert. There was more wine being offered.

While the dinner was going on, I took the chance to talk to him and later presented my book, Around the Americas in 60 Days. He appreciated it and he even wrote an official letter for me. He's really a cool guy and very approachable person.

A short speech was later delivered by no less than the US Ambassador at the meeting room. He thanked everyone for coming and he mentioned how his family celebrates the holidays. One of which is dancing and the dance floor was opened. While some were busy dancing others had photo opportunity with the Ambassador. The party exactly started at 5pm and ended at 7pm. Then it was farewell time. We were given token at the door by the staff and bade each other goodbye.
Posted by Edwin Antonio at 7:23 AM