Last December before I went up to Baguio for the dinner with the US Ambassador, I dropped by early in the morning at the town of Galimuyod in Ilocos Sur to witness for the second time the Begnas Ylocos Festival of the province. It is on its third year. This is a big gathering of the cultural communities or of the indigenous peoples of the province that include the Tingguian, Bago, Isneg, Kankanaey, Igorots and others. They come from various towns of Ilocos Sur. 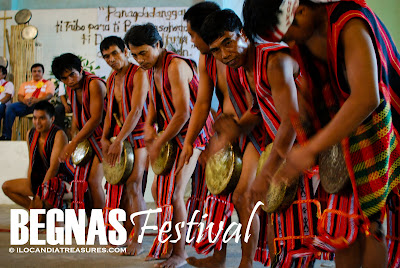 This festival is the time for them to celebrate and give thanks for the blessings received every year. This celebration has the purpose also of promoting their identity, heritage, traditions and customs.

I was lucky that I was able to catch up the ceremony on top of the hill in Galimuyod town proper. Although they had butchered a pig before my arrival, I had seen the rituals and the prayers they offered before the fresh blood, the heart and other internal organs of the animal. Elderly men did the ceremony while Mayor Jessie Balingsat and Atty. Tudayan closely watched. They drank the basi or wine they offered. 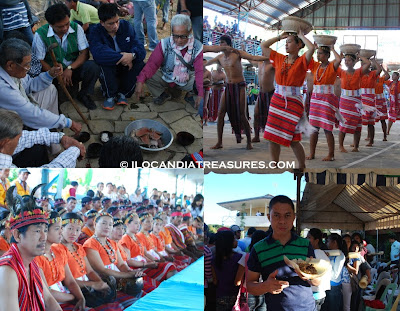 Later, a tree planting activity was conducted at the surroundings led by Mayor Balingsat. The seedlings used were provided by the Department of Environment and Natural Resources. All the key personalities were even gifted with a basket of tree seedlings.

All the spectators and organizers went down to the plaza for a short program where another set of ritual dances were performed. Then they fed the entire delegation of participants and guests with the use of banana bark and bare hands.

Another set of program was prepared at the town’s amphitheater. A food fair was conducted. Some exotic foods were sampled here. All the contingents showcased their performances featuring their ritual dances. It was fascinating to see them in motion with their colorful traditional costumes. This is an exciting event that should be carried out annually.
Posted by Edwin Antonio at 7:04 AM