It’s a historic feat that the province of Ilocos Norte has set a record for getting a large number of children and did a simultaneous street art activity. It’s actually a chalk art activity where some benevolent people donated various colors of chalk. 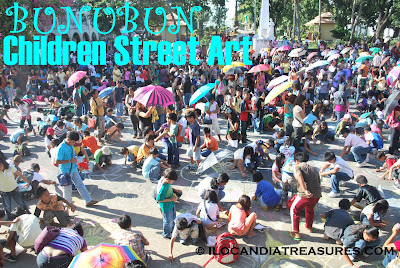 The Maharlika Artists and Writers Federation (MAWF) in cooperation with the Department of Education Ilocos Norte brought 2500 students infront of the Capitol Ground who participated in the said event. There were some 50 teachers who accompanied the students. 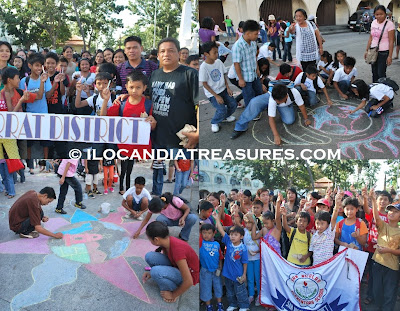 This is the very first time that a street art activity was held in the province. Children formed some groups while others worked individually. They drew landmarks of Laoag such as the belltower with the sunshine logo. They drew varied art designs.
Posted by Edwin Antonio at 6:35 AM