After opening our photo exhibit at the Cultural Center in Vigan, I had the chance to witness for the first time the Binatbatan Festival held last May. It was such a colorful festival wherein a dance parade was showcased at the streets of Vigan down to the Heritage Village. 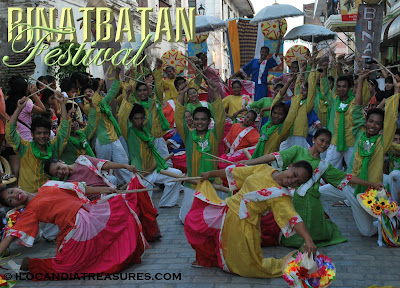 This festival featured the binatbatan dance. This festival is a tribute to the Ilocanos of the Old. Binatbatan is an Ilocano dance that depicts the first step in the Abel Iloko weaving process. They use two 18-inch long bamboo sticks. The cotton pods have to beaten with these two bamboo sticks to separate the seeds from the fluff. Binatbatan is the beating process. That is why some other dancers hold their bamboo sticks and beat the floor of the streets to make a good beating sound while the rest dances. 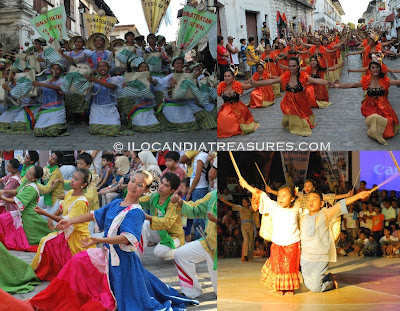 The street dancing honors and gives tribute to the Abel Iloko, the traditional woven cloth of Vigan that has sustained its economy from the Pre-Spanish to the present.

After the street dancing, a dance showdown was held at Plaza Burgos where the various groups showed off their best. It was a competition among the dancing groups. The best group took home big cash from the organizers.
Posted by Edwin Antonio at 3:06 AM