I had to leave my hostel in Bangkok wee hours in the morning to catch up my flight at 7am to Yangon. I shared a taxi to airport with two of the guests who are also taking their early flights. It was a perfect timing to check in early. I met a lone Filipino passenger at the waiting area who was also bound for Yangon. He was LJ Pasion who will visit his mom, Ms Naida Pasion, director of an international NGO, whom I met when we arrived. 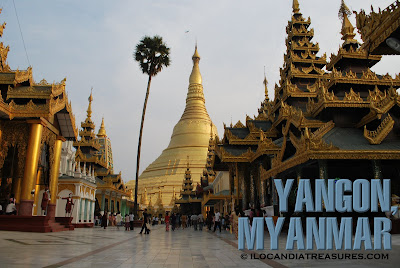 The Union of Myanmar or formerly called Burma is the largest country in terms of geographical area in the mainland Southeast Asia. It covers an area of 676, 578 sq. km. making it the 40th world’s largest country with a population of 50 million. It is ruled by a military junta. I would say that Myanmar completes my visit to all of the Association of Southeast Asian Nation 10 member countries. It does require a tourist an entry visa. I applied prior to my visit at the Burmese Embassy in Manila. Myanmar is the only country that requires visa among the ASEAN 10. They say that it was strict of people visiting the country but it was not obvious. I think only the journalists who are monitored because of some sensitive issues such as the long time detention of opposition politician Aung San Suu Kyi. 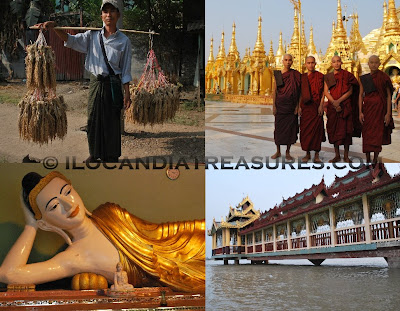 The capital of Myanmar is Naypyidaw but the largest city is Yangon, formerly called Rangoon. The name was taken from the combination of two words, yan and koun which means enemies and run out of respectively. We landed at the Yangon International Airport which seems to be a brand new one. It is a modern airport. From there, I saw some Burmese men who offer a very cheap accommodation. I went with them because they have a big bus and had many backpackers who went with them. Along the way, I have seen beautiful landmarks such as Karaweik at Kandawgyi Lake, colonial buildings and the Schwedagon Pagoda. I checked in at Motherland Inn and a breakfast was served for free.

My Burmese friends Ye, Kay and Su whom I met in an exchange program in Japan fetched me at the airport and took me for lunch. Nyen went with our group. We had a nice conversation over some traditional food. We went on a cruise afterwards to the Yangon River with all the seagulls flying over and fed them with bread. I did some shopping for souvenirs at the Bogyoke Market. They also shopped some souvenirs for me. We visited Yele Pagoda and their homes in Kyaaktan and Bahan townships meeting their families. 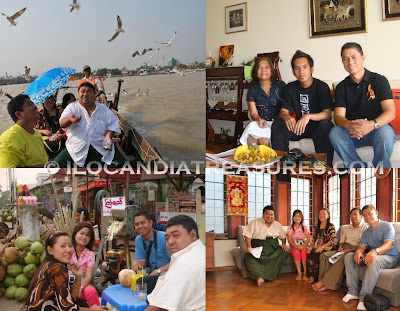 On the following day, I went on a photo walk however, it was stopped by a stomach problem. I stayed at the hostel for the whole morning because of diarrhea. Later, at lunch time, I had a luncheon meeting with the Filipino community who are mostly working for international organizations such as United Nations and Save the Children Foundation. I again tasted some Pinoy food.

The highlight of my Yangon trip was my visit to Shwedagon Pagoda. It was so amazing sight. I discovered so much things about Buddhism when I met and talked to some monks in the area. It was another great experience and I think its worthy for another visit because of more exciting spots.
Posted by Edwin Antonio at 2:54 AM