After an overnight stay in Hanoi, I went back to Nanning and traveled for eight hours by bus. I alighted at the Landong Bus Station then I took my luggage which I deposited for a minimum fee. I took my dinner then hopped on to a bus bound for Guangzhou. I was surprised that it was a sleeper bus. It was a ten-hour trip and very thankful that I got some rest. 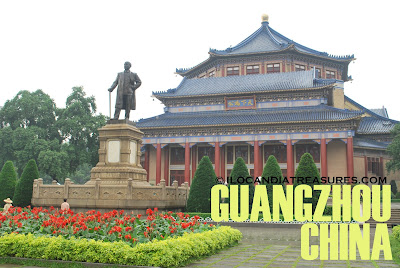 Upon arrival, I left my luggage at the deposit counter at the bus station so that I could go around town easily. Fortunately, the airport bus is just close to the central train station so no worries when I get back to pick up my luggage. Just across the street is the underground wholesale center where I did a little of shopping.

Guangzhou is the capital of Guangdong Province and it’s the third largest city in China with a population of more than 10 million. It is located north of the Pearl River. It covers an area of 7,434.4 square kilometers. This city also known as Canton and she will be hosting the 2010 Asian Games on October 2010. Guangzhou is a sister city of Manila. 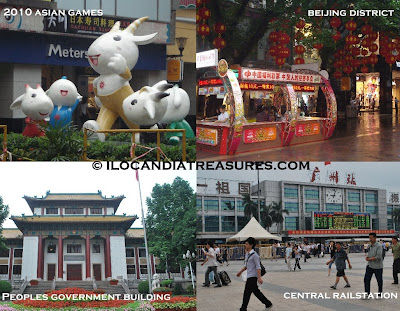 I took the metro rail and trouped to the Beijing District. I shopped for some souvenir apparels from there. The prices were all so cheap and even negotiable. Aside from shopping I went to see the historical monuments such as the popular Dr Sun Yat-sen statue and the museum. I saw also the nice Guangdong Province Peoples government Building. I had difficulty of interacting with the locals because not too many people speak English but nevertheless I enjoyed my last stop to this city. I headed to the airport even it was raining hard. Then I flew back to Manila by late night.
Posted by Edwin Antonio at 5:31 PM