Smelling the Aroma of Virginia Tobacco

Tobacco is an agricultural plant that is cultivated for its leaves. It belongs to the genus Nicotiana. This word as well as nicotine is in honor of Jean Nicot, French Ambassador to Portugal who sent tobacco as medicine to the Queen of France. It can also be used in some medicines or as an organic pesticide. The cured tobacco leaves are usually used for smoking, chewing and snuffing. The usual product is the cigar or cigarette. Its name was derived from the Spanish word tabaco. 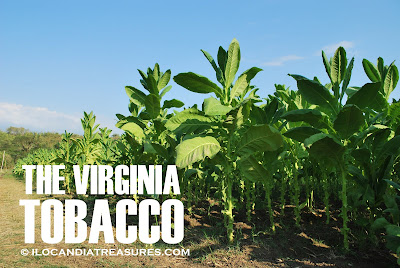 Before reaching the Philippines, the tobacco has circled the globe. The Spaniards brought it here. The Augustinian friars brought some 6.2189 kilograms of cigar tobacco seeds in the 16th century as part of the galleon trade. It was said that more people converted to smoking than to Christianity. For four decades tobacco industry especially in Region I had been a major force in development of the provinces comprising it.

On my visit to Bangued Abra, I saw along the highway that there were groups of people who harvest and queues these tobacco leaves on sticks before they are being hung. They seemed to be enjoying their activity. I did not let the chance pass by to see this activity so I dropped by at one of the barangays in the high way called Pidigan on my way back home. I was lucky to meet and interview a tobacco farmer and his family on how they cure or dry tobacco leaves. 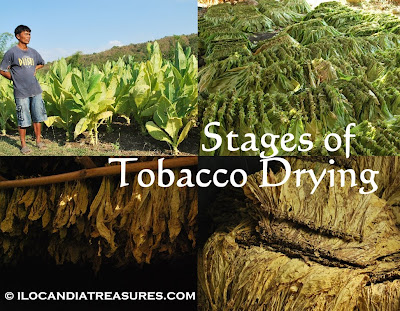 The family was so accommodating. They took me to their huge farm where they grow two types of tobaccos. These were burley and virginia. Burley tobacco is an air-cured tobacco used primarily for cigarette production. Virginia tobacco is also known as brightleaf and this is a fire-cured or flue-cured dark leaf. The virginia tobacco is considered to be the most aromatic. This is largely grown that constitutes 58% of the total tobacco area in the Ilocos provinces especially in Ilocos Sur.

They showed me the pugon or furnace with a pipe or flue that conveys or releases noxious gases from the combustion of firewood. They used flue to cure the leaves of virginia while they just hang burley in an open air space. The green leaves are hung inside the furnace taking around 5 days heating before they becomes fully cured and fermented. From green color turns to yellowing then to a brown color. Then they become ready for consumption and I smelled the strong but good aroma of nice virginia tobacco.
Posted by Edwin Antonio at 10:12 AM