I was supposed to watch and cover the Kawayan Festival in Bangued but I was late because I spent time in Narvacan. I was thinking that the program could be held in the afternoon so I just took time. The program just ended when I arrived so I just watched some magic shows at the plaza. 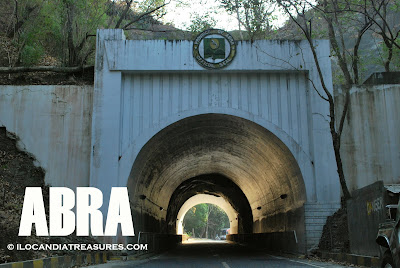 It was my very first time to visit Abra. This is a landlocked province of the Philippines bordering Ilocos Norte, Ilocos Sur, Mountain Province, Kalinga and Apayao. It is a part of the Cordillera Administrative Region and its capital is the town of Bangued. It has a total population of 231,000 with an area of 4198.2sq.km.

The first settlers in the province were the Bontocs, Ifugao, Tingguians and Itnegs. The Ilocanos came here to trade and when they saw the place was a good one, they invaded it and the tinguians were forced to go back to the mountains. It was founded and re-established as a province in March 9, 1917 after annexing to Ilocos Sur during its financial difficulties. 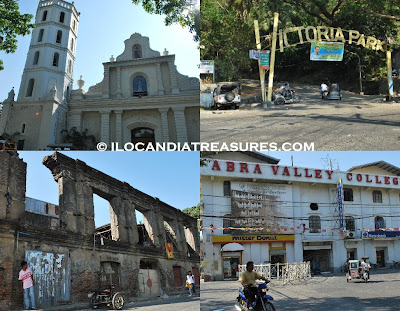 The province had gone through different historical revolutions from the establishment of garrison by the Spaniards to protect Ilocanos who converted to Christianity from Tingguian raids, to the fleeing of Gabriela Silang from Vigan during the British Occupation of the Philippines to continue the revolt started by her husband Diego Silang and to the liberation of Abra during the Battle of Abra at the end of Second World War.

It used to be a controversial and hot spot for politics since there were killings and feud among politicians. But upon my visit, I noticed that it was peaceful and the lifestyle was simple. Most people grew tobacco. I visited one of the farms and talked to the farmers. I passed by the landmark of Abra which is the tunnel. I saw their church just opposite the plaza and I have seen some building ruins made of old bricks. To make my travel complete, I did a sampling of their native dishes such as poqui poqui, red rice, stewed pork with black beans and the delicacies as well.
Posted by Edwin Antonio at 11:44 PM