On my way to visit Abra one time, I chanced upon the beautiful sight in Narvacan. This is the coastal area of Sulvec which they call Paraiso ni Juan. 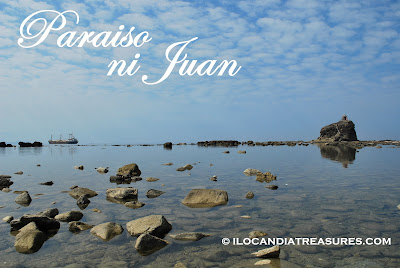 Narvacan is a second class town in the province of Ilocos Sur. It was discovered by the Spanish forces sent to Vigan under the watch of Capt. Juan de Salcedo. The fleet had shipwrecked along the coast and they asked the locals of the name of their place. The natives replied “Nalbakan?” which means Are you shipwrecked? in the Ilocano dialect. The Spaniards thought that was the real answer and they started to call the place Narvacan.

Actually I have seen a ship which I thought was docked in the area. With the background of the sea, it was such a beautiful sight to capture on my lens. I have already passed by but I went back to catch this ship. The time I arrived there, the ship was gone from the site but I later noticed that it kept on moving further on a partly covered area. I missed the good vantage point. Nevertheless, I was able to shoot it. 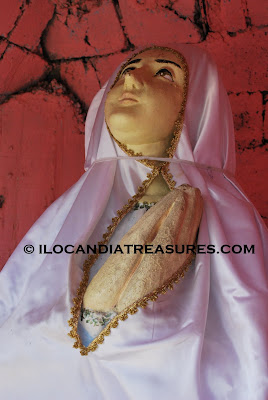 I went down the rocks, upon seeing the grotto at a distance, I was intrigued by how does the image looks like on top of the rock. There was a part of water which you have to cross to get there. Since I was already there, I braved the water by taking off my shoes and folded my pants higher. I was lucky that there were fishermen who were kind enough to lend me their slippers. I left my shoes behind and went towards the grotto.

There was a stair immediately before the grotto which I climbed. When I saw the image, it was Our Lady of Mary, the Virgin. It is a beautiful and a life-size image facing the mainland. This has been the site where the classic Filipino movie Panday was shot. I never thought that I’d be able to explore this monument. I have been passing by this coastal road and many times I have seen this grotto on a distance but its amazing to be near it.
Posted by Edwin Antonio at 6:54 PM