I had a mixed feeling when we landed at the Queen Alia International Airport. I don’t know what to expect since I am not familiar with the place and that I don’t know of anybody there. I just went for an adventure trip, an exploration of Jordan. At the immigration counter they checked the visa which I secured from the Jordan Consulate in Manila. One can also procure the visa upon arrival. 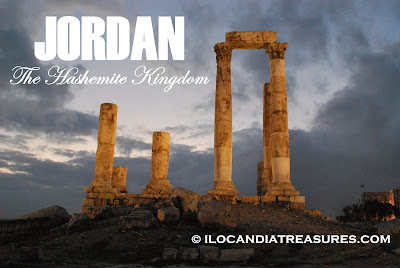 Outside the airport I tried to find the bus to downtown and asked some people. I was able to talk to a local with the name of Manty. He was on the same flight with me who came from the US. I asked him of the bus and of the fare. He was about to board the same bus when his brother arrived and picked him up. He offered me a lift to the third circle where I alighted there and took a taxi. Wow I can’t imagine that someone offered me a free ride. We talked while on the car. From the window I was amazed to see the arid hills and mountains. It was about an hour drive.

I looked for the hostel which I reserved in the internet. It was just easy to find with its signboard. There were many foreign guests I met. After checking in I went around and visited the Roman temple of Hercules in ancient Philadelphia and the Amman Citadel. I was even accompanied by two local young children from whom I asked of the place from the map that I held. Majority of the people are warm that they even try to help you. Most people can understand English. It was there at dusk time where you can hear the Islamic prayer echoing around from the Citadel Hill. Birds were flying around and it was breezy. 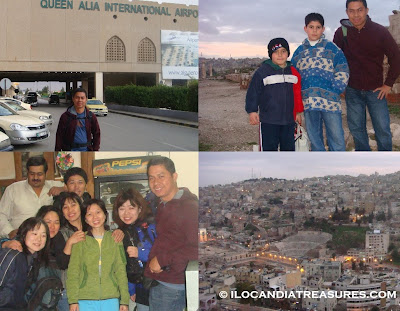 The country has the official name of the Hashemite Kingdom of Jordan. It is a constitutional hereditary monarchy which is currently ruled by King Abdulah II. It has an area of 35, 344 sq. mi. with a population of around 6.3 million. This Middle East kingdom is bordered by countries such as as Saudi Arabia in the south, Israel in the west, Iraq in the east, and Syria in the north. Jordan has seen several civilizations that include the eastern ones Caanites and Semitic, Persian, Babylonian, Assyrian and others. The early roots of independent Jordan can be traced to the Kingdom of Petra which is founded by the Nabateans, an anciet Semitic people from Arabia. It also gained independence from the British League of Nations in May 1946.
Posted by Edwin Antonio at 5:34 PM