Sharjah: The Culture Capital of Emirates

On my visit to the United Arab Emirates, I was toured around by my hosts Franie and Ef to another emirate that is Sharjah, adjacent to Dubai. It’s the third largest emirate in the country. Its capital is Sharjah City. 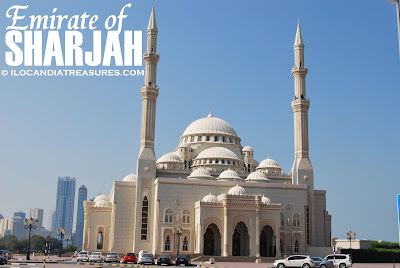 I was taken to the heritage area where there were some restored houses and buildings. There were museums too. We have seen the emirates eye and the traditional boats. It’s a cozy and relaxing place. The big mosque is prominent in the city. Sharjah University cannot be left unnoticed. They later took me to the Blue Souq or the Central Market. This is a market for gold jewelries, novelty items and souvenirs. Then they treated me to a lunch of Indian food. 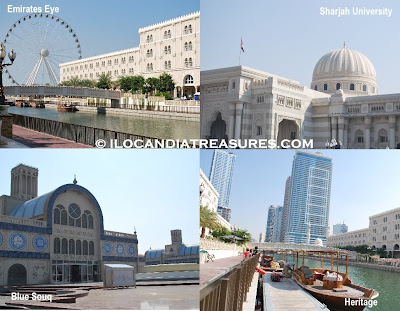 Sharjah has not only been tagged as the cultural capital of UAE but also of the Gulf area. It even won the prestigious UNESCO award of being the cultural capital of the Arab world for 1998 because of its promotion and conservation of the cultural heritage of the country and the establishment of several cultural institutions. The seventeen museums have played a role in gaining this award.
Posted by Edwin Antonio at 7:19 PM