After attending the Gamet Festival in Burgos, I had the chance to visit another wonderful attraction of the town; that is the Kapurpurawan. I was accompanied by a relative of a friend where we took a motorcycle to the place. The road going to the site was rocky and bumpy. 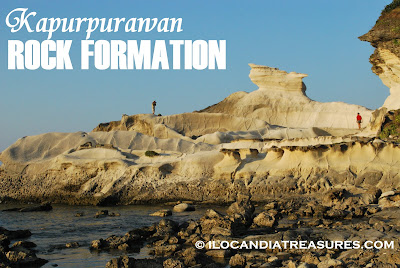 The Kapurpurawan is a rock formation which is literally very white in color taken from its Ilocano root word puraw. Different shapes of the rocks can be seen such as the iconic head, cradle and the resting dragon. This is much even whiter during the months of April and May. 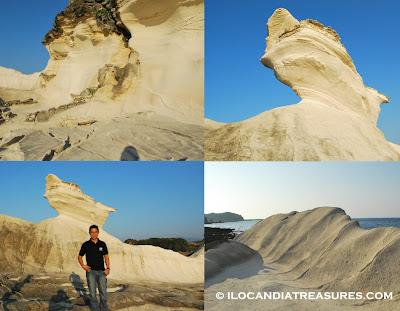 This is really an amazing and unique sight where it was formed by a geological deposition of minerals. This is a sedimentary rock formed by sedimentation, where minerals and organic particles settle and accumulate or it precipitates from a solution. The rocks were carved out by surrounding sandstone by both mechanical and chemical weathering. Wind, sand and water are the primary weathering agents.
Posted by Edwin Antonio at 3:51 AM