Ilocos Region Athletic Association Meet 2010 was recently held in the City of Laoag under the auspices of the Department of Education. This is a sports festival and tournament among the various schools divisions of Ilocos Region that comprises the provinces of Pangasinan, La Union, Ilocos Sur and Ilocos Norte. It had its theme: Playing for the Division, Win for the Region then for the Nation.

An opening program kicked off on the first day with a grand parade of delegation. Former Secretary of National Defense Gilbert Teodoro delivered an inspirational speech before the players, the people behind the tournament and the spectators. There was a lighting of the IRAA friendship um and hoisting of IRAA and delegation banners. I met Mayor Julier Resuello, my co-awardee as outstanding alumni of the Virgen Milagrosa University who hoisted the flag of San Carlos City Division. The tournament was declared as formally opened by Dr. Ligaya Miguel, DepEd Regional Director. A field demonstration was later staged. 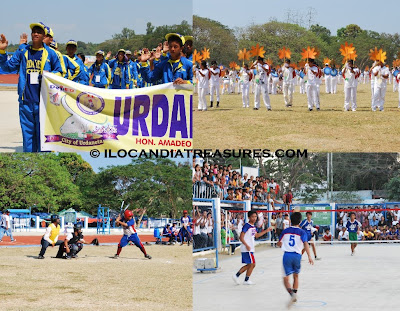 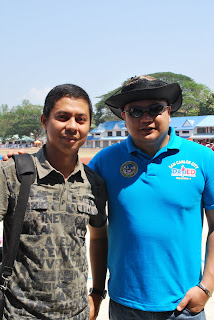 Posted by Edwin Antonio at 5:45 PM