The town of Solsona in Ilocos Norte has just turned 100 years after its reconstitution in 1910. This town was formerly known as Santiago in 1855 where it consequently became a name of one of its barangay. During the American period in 1903-1909, this town was joined with Dingras because Solsona was destroyed by a big flash flood that claimed so many lives and properties. The income of the town became so meager and insufficient to support its operation as a town. After recovering from the catastrophe it became administratively independent from Dingras on January 1, 1910. 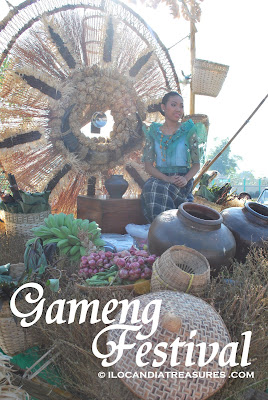 Solsona was used to be called Kaitnegan, a place of the Itnegs in the ancient time. They were known to be the first settlers in this area. Itnegs were pagans and uncivilized. The popular theory where Solsona got its name was being the Cordillera mountain ranges command the view of the daily rising of the sun. To the Spaniards, they call it Zona del Sol or Zone of the Rising Sun. Its indeed a wonderful scenery with the majestic sun rise in the Cordillera ranges that you can see in the early morning. 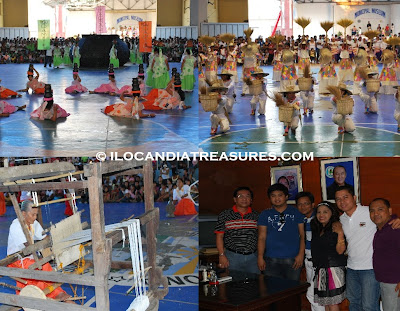 Gameng Festival is the official name of their fiesta celebration. It is now on its third year. Gameng refers to treasure. Aba and daludal are some of their treasures which were featured. They even choreographed a dance called abaludal dance. This was the component of their dance parade and dance showdown competition to which I was invited as one of the judges. Second part of the competition was the showdown of various occupational dances.
Posted by Edwin Antonio at 4:37 PM