Another Year of Pamulinawen Fest

Pamulinawen Festival is being held every month of February in Laoag City. Pamulinawen is an Ilocano term that refers to Ilocano maiden. It's also about courting a lady as depicted in the folk song of the same title. 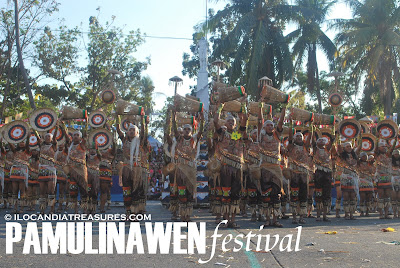 The city name Laoag was derived from the Ilocano term brightness or light. It has become the capital of Ilocos Norte since 1965. The Catholic Church was established in the area in 1580 by Augustinian missionaries following the arrival of Spanish conquistador Juan de Salcedo. 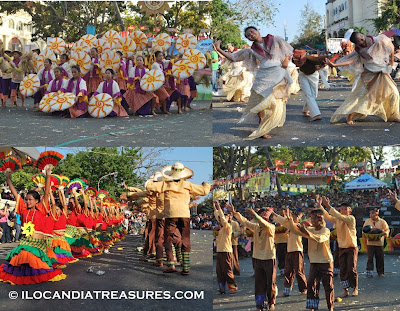 The houses of locals were compactly arranged around the Ermital Hill just near the Padsan River. To improve the living conditions of the locals, the missionaries built the a central rectangle that includes the plaza, the church, tower, convent and later on created rectangular street blocks and was then known as poblacion and now as centro. Majority of the barangays here were named to saints. This festival gives tribute to the city’s patron saint St. William the Hermit.

There were numerous activities conducted. There was the grand float parade, calesa parade, zuelto festival, sarzuela, traditional games, dulang food festival and beauty pageants to name a few. The highlight of the festivities is the street pageantry.

The different municipalities of Ilocos Norte, different institutions in Laoag City and including guest competing groups such as Caoayan town from Ilocos Sur competed with each other for the much coveted plum prize of Php100,000. After the dance showdown, the board of judges composed of people from the National Commission for Culture and the Arts. The group of Ilocos Norte National High School was able to convinced them and took home the grand prize. Second place went with La Paz School of Fisheries and the third place was given to San Nicolas group.