Remnants of Colonialism in Vigan

The Philippines was a colony of Spain. During the Spanish occupation, Spaniards have greatly influenced the country. Colonialism is a certain set of unequal relationships between the colonists and the indigenous peoples. Sovereignty was taken away from the people. The social structure, government and economics were changed by the metropole or mother city of Spain. It was not only in the culture but significantly influenced the people towards religion and thereby introduced Christianity. 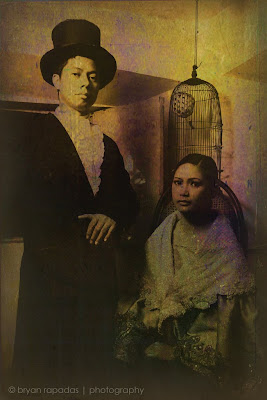 My group, The Ilocandia Photographic Society (TIPS) went on a seminar workshop in the city of Vigan. This place is being declared as UNESCO World Heritage Site because of the presence of preserved Spanish colonial houses in a cobbled-stone street. We conducted model shoot at the Heritage Village and at the Arce Mansion where I acted also as a model and joined some of the lady models of the Tropica Ilocandia agency. 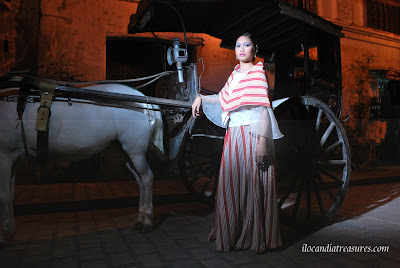 We were lucky to have been invited by Lito Perez, owner and designer of Camp Suki, a largest resource of costumes, to shoot photographs of models wearing the said costumes. Camp Suki is being housed at Arce Mansion, a bahay na batu. This creates the environment of 19th century. It is fully furnished with antique furniture from tables with all the silver cutleries, cabinets, and chairs and of course the chandeliers with the manual ceiling fans. It was a restored colonial house that it has three large rooms. The collection of costumes and the dressing room is located at the first floor. We had a hard time choosing what to wear because they are all so fabulous and it is a large collection. 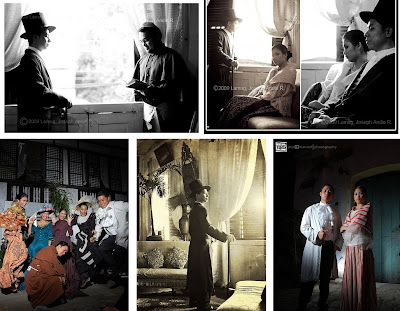 So when you are at Arce Mansion, it is reliving history where you can experience life in colonial Philippines by wearing the costumes and feel like the Dons and Senoritas of the colonial period. Of course, the main feature is the Maria Clara look where Perez took twists on it by experimenting on texture and treatments and created that Pinoy look. To come here you will have to arrange in advance. To experience the wearing of costumes, take photographs and have dinner with a group, a reasonable amount of fee is charged per person.


Camp Suki was formerly called Sagwan and I have been hearing this from some friends I had long been wishing to get this colonial experience and now it was fulfilled. The main photo here with model Sallie was shot by Bryan Rapadas. The photos in the collage are from Andie Lamug, Ferina Albano and other TIPS members.
Posted by Edwin Antonio at 4:44 PM