Pasuquin is categorized as a fourth class municipality in the province of Ilocos Norte with farming and fishing as its main industries. It is composed of 33 barangays that covers a land area of 210.54 square kilometers inhabited by around 26, 500 people. This town is noted for its rich history and colorful culture as the people celebrates several festivals annually. Sunflower Festival is among them. It is one of the popular festivals in town because it was made into an American film entitled Sunflowers in the year 1997. It was featured in various film exhibits and queer film festivals. The film made the festival event internationally known. 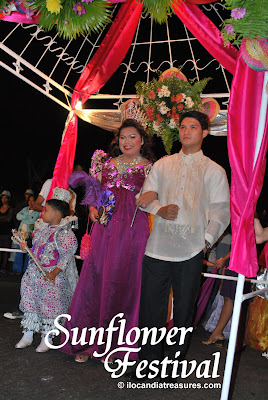 Sunflower festival is an annual drag pageant where a group of gay men organize this event. From preppies to draq queens participate in this festival. They all call themselves as sunflowers. Most of the members are professionals and businessmen. Pioneers and founders of Sunflower are already residing abroad mostly working as doctors and nurses. I was able to meet and talk to the very first Sunflower queen who is based in Canada and now a retired nurse. He only went home to attend this glamorous Sunflower festival. He said that this is a way to promote their rights and assert now equality because most of them are educated. This is also to signify their contribution to the community. 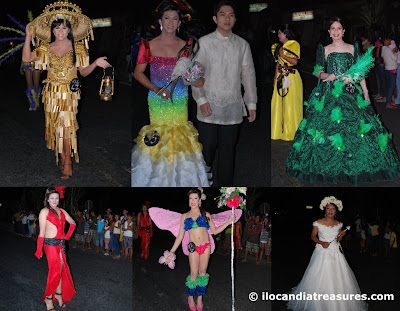 The pageantry became controversial because it was part of the Santacruzan, an event during the month of May to pay tribute to Saint Helen. A procession of images of saints was usually incorporated in the Sunflower festival. The Catholic church protested against the use of the images in the promotion of homosexuality as what I have heard. Therefore the images were no longer used today. It was even moved on a later date not to overshadow the real Santacruzan. It is now being held in the month of December.

Members of the Sunflower organization help each other put up this event. They hire their fashion clothes and escorts. They also produce lamp and lanterns to light their way on the street. They usually start the ‘royal’ procession at around 9 pm walking towards the plaza and hold a pageant show. They decorate the stage, floats and archs and create folk dances and programs.
Posted by Edwin Antonio at 2:01 PM