Despite a hectic schedule documenting one festival after another, I still managed to go to Candon City in Ilocos Sur to witness this special celebration by the indigenous peoples of the province. This is their second year to celebrate and hold Begnas Ylocos Festival after several postponements. This program was spearheaded by Governor DV Savellano and Board Member Tudayan who themselves are members of the Bago tribe. It is a big gathering of the various tribal groups in the province which include Tinguians, Kankanaeys, Bago, Isneg, and Igorots to name a few. 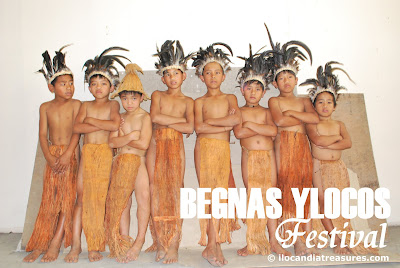 Begnas, an Igorot word that refers to thanksgiving or offering rituals. It’s their way to celebrate and give thanks for all the blessings they received the past year. This festival has the purpose of promoting the identity, heritage and customs and traditions of the indigenous people of the province of Ilocos Sur. 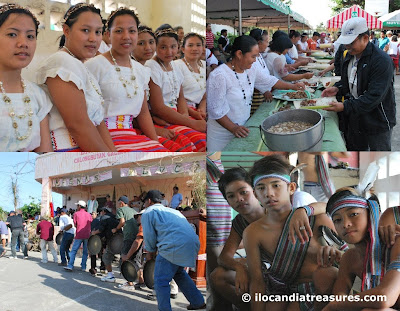 The first part of the festival was the authentic traditional practices being showcased that started very early in the morning held at the town of Galimuyod. I missed some of the activities there to which I was not informed in advance. I watched a few tribal dances at the plaza and met Mayor Jessie Balingsat. I joined the people take breakfast using fresh barks of banana and simply used bare hands, the traditional way of eating. Then we all moved to Candon at the cultural center for the exhibition of cultural dance showdown. I met most of the young participants there while they were busy preparing themselves donning their indigenous costumes.
Posted by Edwin Antonio at 2:05 AM