Another term for Christmas is Yuletide. It was derived from the Middle English term yol which refers to a pagan midwinter festival. It was later absorbed into and equated with the Christian festival of Christmas. It is the feast of the nativity of Jesus Christ. The season starts from the first night of the misa de gallo until after New Year. 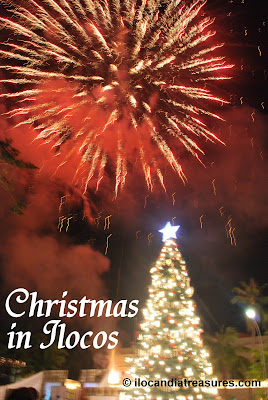 A lantern parade was held in the capitol to signify the beginning of the celebration of the Christmastide in the province of Ilocos Norte. The different towns of the province participated in the parade of lanterns. These were made from indigenous materials available in their localities. They were all crafted creatively. It came in different forms and styles. There was even the lighthouse shape, stars, angels and others. All the lanterns were entered into a competition. 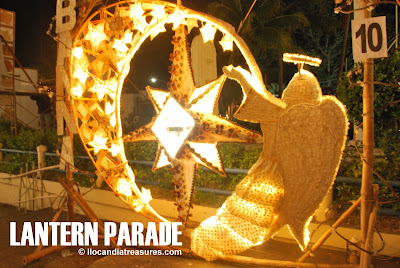 Prior to the parade, there was a choir competition being held. Then after it, a fashion show and contest was staged. To cap the celebration, a fireworks display was exhibited at the capitol that colorfully lit up the sky that brought excitement to the spectators.
Posted by Edwin Antonio at 9:04 AM

ah! I missed this, big time!
Have a happy new year, Doc!

Thank you. Have a wonderful new year.